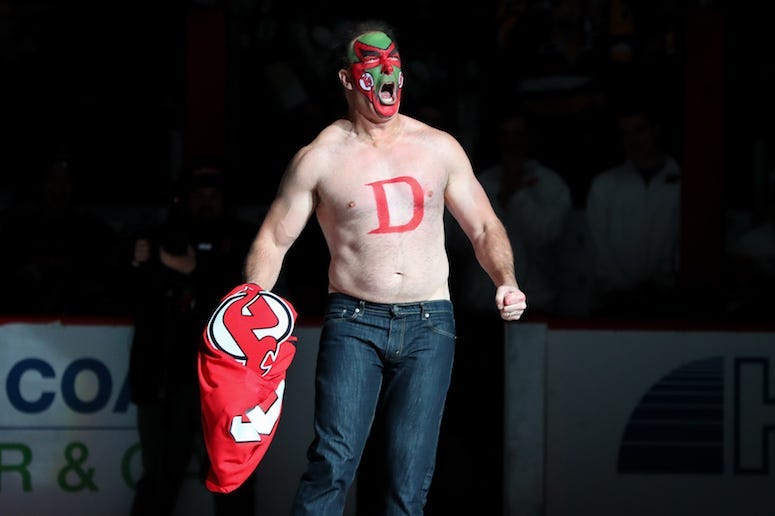 Patrick Warburton has appeared in more than 50 films and 50 television series, though some might remember him from one specific role, The Face Painter.

On NBC hit Seinfeld, Warburton portrayed David Puddy, the sometimes boyfriend of Elaine Benes who was also a big fan of the NHL’s New Jersey Devils.  During the Season 6 episode "The Face Painter," he reveals how big a fan he is, much to Elaine’s dismay.

Unfortunately, the presence of Puddy didn’t help the Devils, as they lost to the Pittsburgh Penguins 4-3.