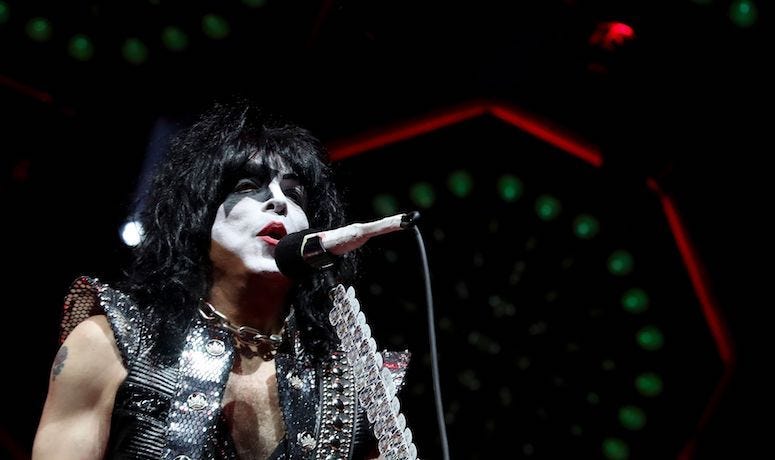 Basically, it means, “not having an ear” according to Stanley.  He explained in an interview with Dan Rather, “I was born deaf on my right side and I had a birth defect. I had what’s called microtia, which is basically not having an ear. Having a crumpled mass of cartilage.”

Stanley also revealed that this birth defect led him to purse fame and stardom.  Stanley told Rather, “When you have something physical that sets you apart from people it makes you really a target of unrelenting scrutiny and sometimes ridicule. And, quite honestly, the idea of becoming famous was a way to push it in people’s faces and go, ‘You see, you should have been nicer to me.’”

Stanley underwent corrective surgery in 1982, having an ear formed from part of his rib.

My dear friend Dr. Frederic Rueckert has died at 95. He truly changed my life when he constructed my right ear from my rib. God Bless You. pic.twitter.com/DbcMdbIXAF

Stanley’s appearance on Dan Rather’s The Big Interview is set to air April 23.