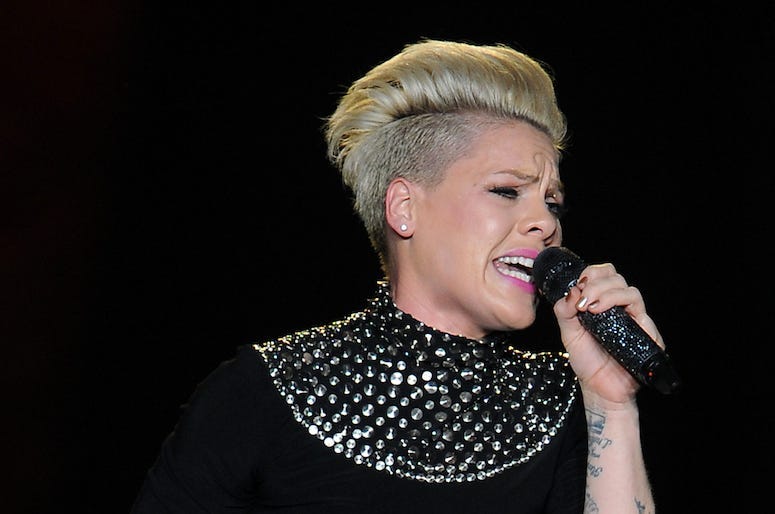 Denise Jones was attending a P!ink concert in Liverpool when she suddenly went into labor.

As soon as the show started, right as P!nk was performing Let’s Get This Party Started,” Jones went into labor.

Medics were on the opposite side of the arena, but quickly made their way to Jones, amongst the thousands on P!nk fans in attendance.  Paramedic John Matthews said, “When we reached her, it was quite clear the patient was heavily pregnant and showing signs of being in labor. We took the decision to move her as quickly as possible to the First Aid Room underneath the Kop stand. We continued to assess her and established she was going to have to deliver the baby in the stadium as there was not enough time to get her to hospital.”

And that's exactly what they did.  Jones gave birth inside the stadium, as the P!nk concert was commencing.  Matthews said the process took only about five minutes, and both mother and baby are happy and healthy.

Baby Dolly Pink Born at @Anfield Whilst watching @Pink concert! Mum and Baby are doing Amazing, thank you to the amazing paramedics that deliverd her! @LFC @LivEchonews #LiverpoolBaby #Liverpool ❤❤ pic.twitter.com/8W9ZnzNHXk

Jones planned in naming her baby "Dolly Louise," but given the circumstances surrounding her birth, she decided to name her "Dolly Pink."