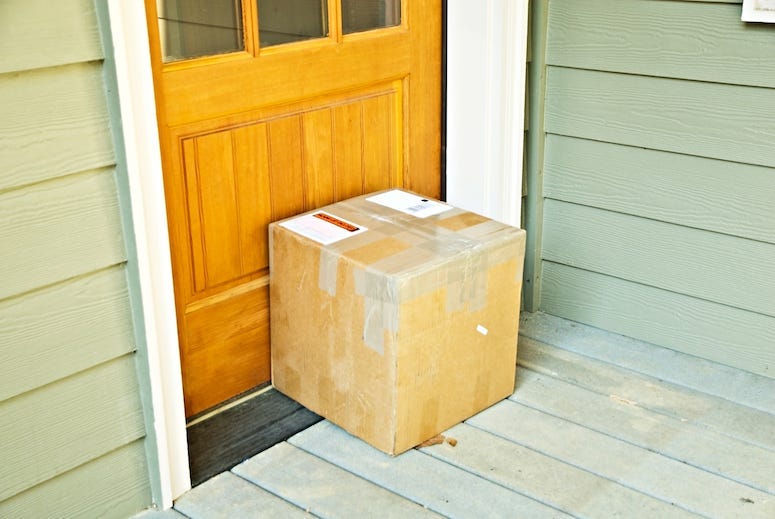 We will never get tired of watching these videos.

A couple enjoying their evening in Lake Sarasota were rudely interrupted when a young female decided to swipe a package off their front porch.  The pregnant woman notified her husband and their guard dog who were both lying on the couch watching television of the robbery, and the husband immediately flew into action.

Luckily, they seeming have their whole house wired with security cameras.  Cameras followed the young woman as she took the package off the porch, and walked back down the driveway, and met up with a male acquaintance where they both vacated the property.

The man quickly hopped in his truck, and followed the man and woman throughout his neighborhood.  The funny thing is, they must have known they were being followed, since the truck followed them with his lights on and it was pitch black outside.  They HAD to have known, but they made no attempt to run or elude the homeowner.  They just casually strolled through the neighborhood on a nice little wak, stolen propoerty in hand, and were sitting ducks by the time the police arrived.

So these are probably looking at some jail time, all for what you might ask.  What was in the package they tried to swipe from the home?