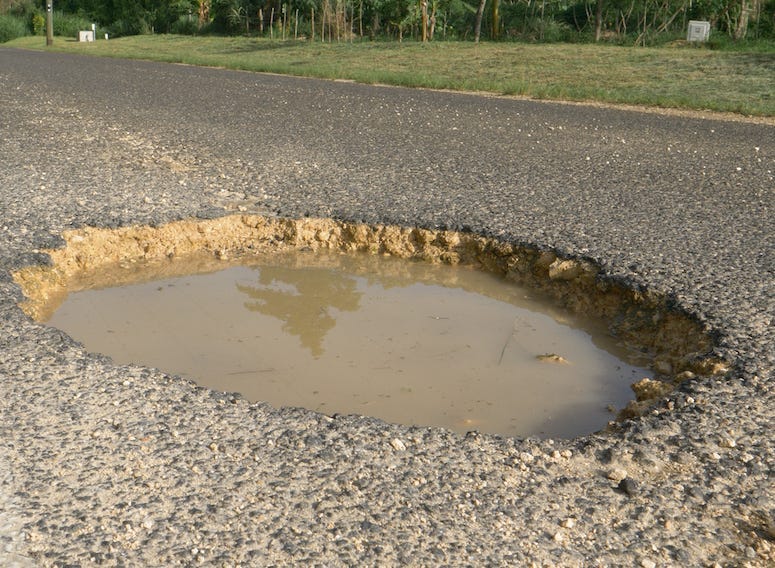 99.9% of the time, potholes are an absolute nuisance that are to be avoided at all costs.

This is the .01% of the time they actually did some good.

A 59-year-old man in Nebraska was being transferred to the hospital due to an irregular heartbeat; it had skyrocketed up to 200 beats per minute, more than twice the average resting heart rate for "older" adults.

However, as they were making their way to the hospital, the ambulance hit a pothole.  Miraculously, the jolt from running over the hole caused his heartbeat to return to a normal rhythm, according to a report from the police scanner.  Dr. Andrew Goldsweig of Nebraska Medicine told WOWT, "It’s rare, but it’s a well-described phenomenon."

It's not uncommon for large "jolts" to correct irregular heartbeat patterns.  "Turns out, you can do that with a pothole,” Dr. Goldsweig told the news station.