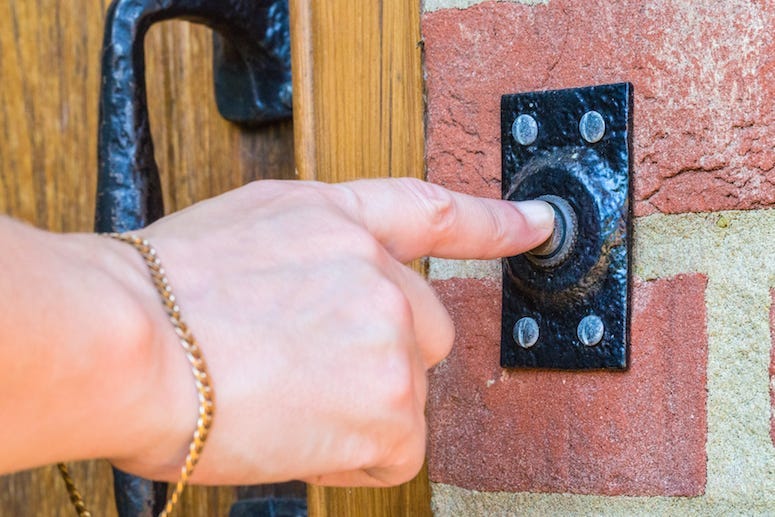 Police in California are trying to track down a man for one of the most unusual "crimes" you'll ever see.

Honestly, we can say we've never seen anything like this before.

Security cameras captured Robert Daniel Arroyo standing outside a stranger's door, and licking their doorbell for more than three hours.  The homeowners weren't there at the time, but their children were asleep upstairs.  Neighbor Francisco Javier Estrada said, "I thought I'd seen it all, but this takes the cake."

While we can’t explain WHY this man chose to lick a doorbell for THREE HOURS, we can tell you more about how the family who lived there reacted: https://t.co/I9alv97r85 pic.twitter.com/sHJ7b4rmJy

Cameras also caught Arroyo moving an extension cord to the front yard, and the relieving himself. Homeowner Sylvia Dungan said, "You kind of laugh about it afterwards because technically he didn't harm anybody, he didn't break anything.”