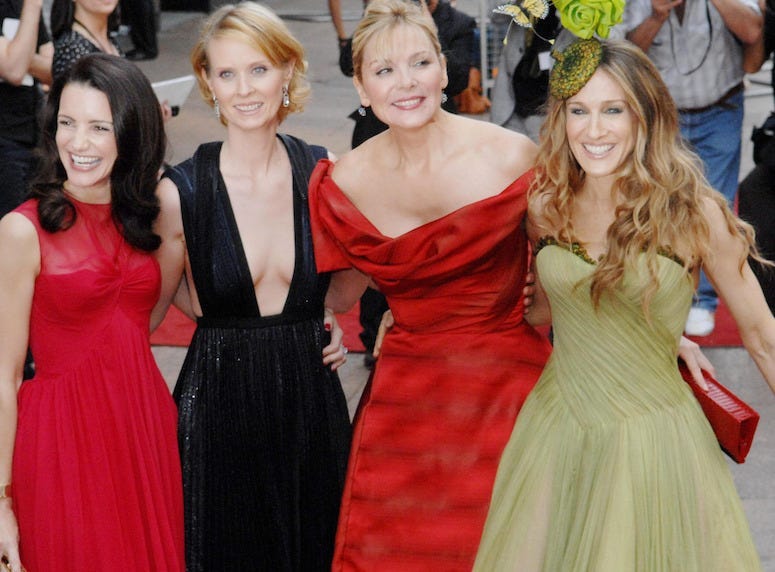 March 28, 2019 03/28/2019 10:30 am
A sequel to the HBO classic Sex and the City could very well makes its way to our televisions before we know it.
Paramount Television has announced that they have secured the rights to the follow-up of Candace Bushnell’s book Sex and the City, Is There Still Sex in the City?.  The book is due out later this year, and while similarly, it will focus on the explorations of sex, love, and friendship in New York City, the follow-up will focus on the lives of women over 50 living in Manhattan.

Bushnell explained in a statement:

It didn’t used to be this way. At one time, fifty-something meant the beginning of retirement — working less, spending more time on your hobbies, with your friends, who like you were sliding into a more leisurely lifestyle… In short, retirement-age folks weren’t meant to do much of anything but get older and a bit heavier. They weren’t expected to exercise, start new business ventures, move to a different state, have casual sex with strangers, and start all over again. But this is exactly what the lives of a lot of fifty- and sixty-something women look like today, and I’m thrilled to be reflecting the rich, complexity of their reality on the page and now on the screen.

Is There Still Sex in the City? will probably not be a direct sequel to the HBO classic in the truest sense of the word, but Bushnell will write the pilot script and serve as an executive producer.
Paramount TV president Nicole Clemens said in a statement, “The original Sex and the City book and series served as a groundbreaking touchstone for an entire generation of women, myself included… We’re thrilled to be able to continue that conversation from the underrepresented point of view of women in their 50s and answer the question with, ‘Yes! There is more sex in the city!'”