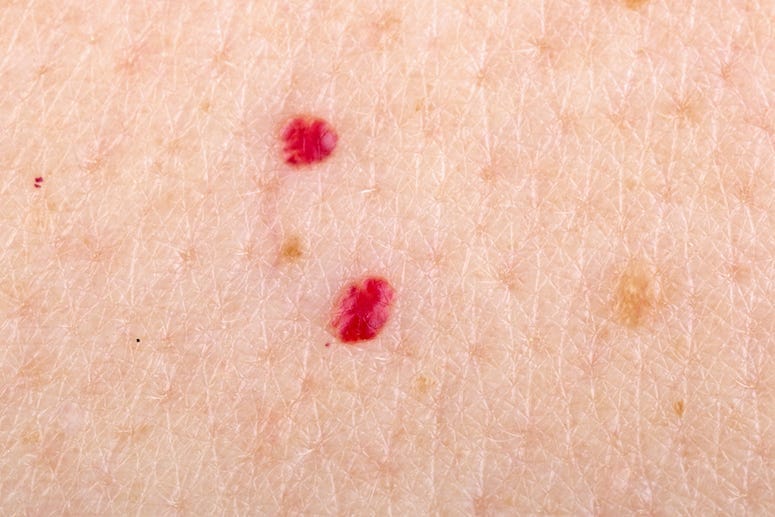 Six-year-old Lily Schooley thought she could fool her parents and score a couple of days off from school in the process.

In what she thought was an ingenious plan, she took a marker, and covered herself in little red spots, complaining to her parents she could not go to school due to chicken pox.  Some of her friends have had a few days off thanks to the illness, so she thought she should to.

Unfortunately, Lily did not realize she had already had chicken pox before, so her parents were not too worried when she came down the stairs complaining about the spots.  They suggested a quick bath to see if the spots clear, but when Charlotte Schooley attempted to scrub the spots off, they didn't.  Lily had used a permanent marker to draw the spots, and after attempts with body wash, soap, baby oil, and hairspray, they would not come off!

The red spots eventually did come off with the aid of the hairspray, FOUR DAYS LATER!