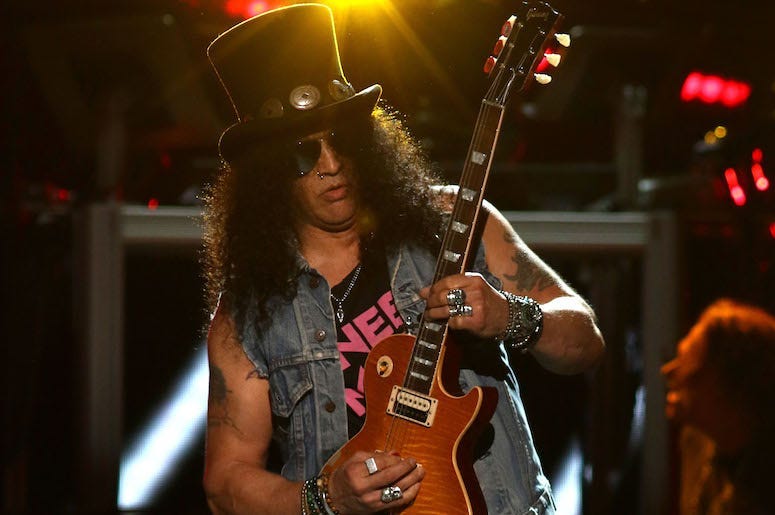 We may have a case of something being lost in translation.

At least, that's what we're hoping!

Recently, Slash sat for an interview with VOS, where he revealed that unfortunately, Guns N' Roses would NOT be releasing a new album.  At least, we think he revealed that bombshell.  The interview was not conducted in English, and many think (and hope) that there was a miscommunication between Slash and the interviewer.

As it was translated, the interviewer asked Slash, "They asked me not to ask anything about Guns N Roses, but I need to know if is there any chance of a new album."  Slash responded, "At this point, we all want to do a new record. That’s true. But to actually do it… I don’t think it will finally happen. Let’s see."

Though Slash said GNR would not be releasing a new album, in other recent interviews he's talked about working on the new Guns N’ Roses album after wrapping up his tour with Myles Kennedy and the Conspirators, and also venturing over to Axl Rose's home to work on new material.

La Nacion Rolling Stone conducted an interview with Slash around the same time as VOS, where the guitarist seemed positive about a new album.  He said, "When I finish this tour and return to Los Angeles we will begin to work with hope on the new Guns album."

Hopefully we can find out the truth!  We need new Guns N' Roses!