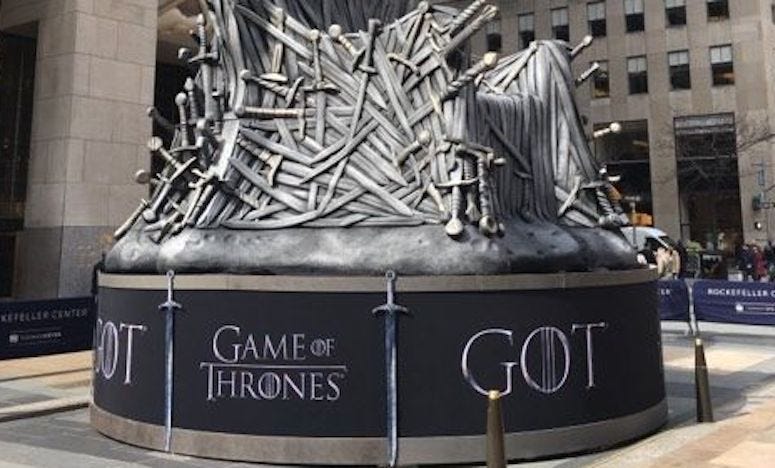 Photo credit (Photo by Pete Joyce/Special to NorthJersey.com)
By ALT 103.7

Last night’s episode, “The Last of the Starks,” dealt with the fallout from the gigantic Battle of Winterfell from “The Long Night,” and though we’re all gearing up for the final war for power, there’s something else people can’t help but talk about from last night.

During a celebration scene near the beginning of the episode, viewers couldn’t help but notice what they believe to be a cup of Starbucks coffee resting on the table in front of Daenerys Targaryen.  Obviously, they do not have Starbucks in Westeros.

Believe it or not, there are only TWO episodes of Game of Thrones left.  We’re not ready.