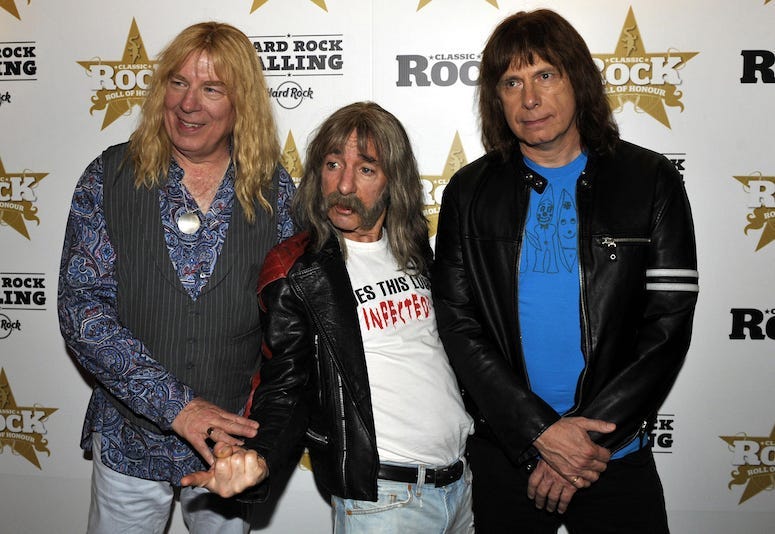 Is there any argument against Spinal Tap being the greatest rock band in the history of music?

This year, we are celebrating the 35th anniversary of the release of This Is Spinal Tap, the mockumentary about the world-famous fictional metal band Spinal Tap, and their life on the road.

To celebrate the film’s anniversary, it was shown as a special screening at the Tribeca Film Festival, with an introduction from director and co-writer Rob Reiner, himself.  Reiner said the 35th anniversary of the film made him feel “old.”

Christopher Guest, @theharryshearer, Micheal McKean (@MJMcKean), @robreiner, and many more on the red carpet at the Beacon to celebrate the 35th Anniversary of the classic film ‘This Is Spinal Tap’ during the 2019 @Tribeca Film Festival #Tribeca2019 (📸: Scott Levy/MSG Photos) pic.twitter.com/DW02RkH4Un

Following the film, Christopher Guest, Michael McKean, and Harry Shearer took the stage and performed several songs from the film, including “Flower People,” “Hell Hole,” “All the Way Home,” and “Clam Caravan.”  Then, Elvis Costello joined the trio for a performance of “Gimme Some Money,” before ending the set with “Sex Farm.”

As far as the future of the band, Michael McKean told the crowd, “We will see you in another 35 years!”