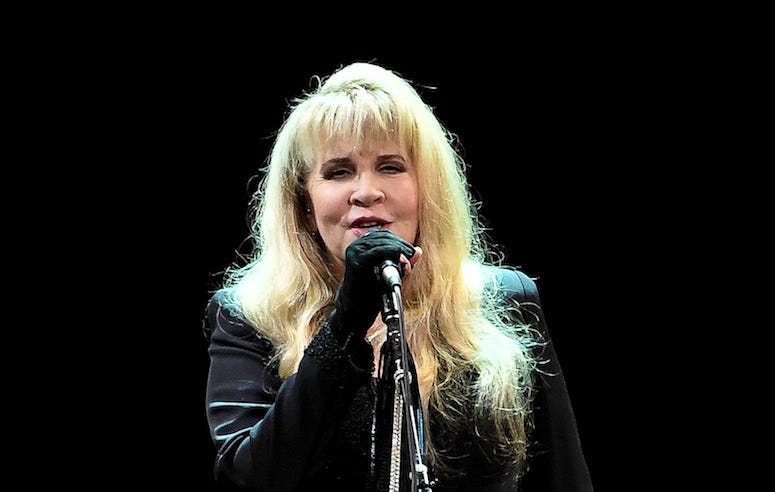 She became the first ever female two-time inductee into the Rock & Roll Hall of Fame.  She first entered the Hall in 1998 as a member of Fleetwood Mac.  Last night, Nicks entered the Hall again, this time for her illustrious solo career.

Nicks was inducted by Harry Styles, as the pair have grown quite close as of late.  Styles said while inducting Nicks, "She is forever current.  'Dreams' was the first song I knew all the words to before I even knew what it meant — I thought it was a song about the weather.  She’s responsible for more running mascara, including my own than all the bad dates in history... She is everything you ever wanted in a lady, a lover and a friend."

The pair even shared a duet on stage during the ceremony, with Styles stepping in for the late Tom Petty for an amazing rendition of "Stop Draggin' My Heart Around."