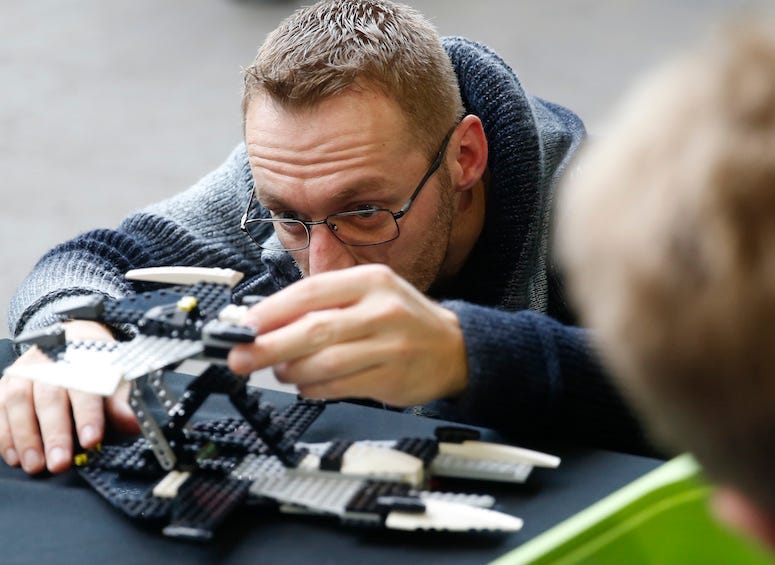 If you're looking to build up your financial portfolio and secure your fiscal future, you might want to head to your local toy store.

It turns out that Legos are a better investment these days than any stocks, bonds, or even gold, and often are a more "reliable asset" that can pay off over time according to Bloomberg.  This is all due to Lego's massive supply and demand.  A set will sell for its normally retailed price, but eventually those sets are discontinued, and the demand soon exceeds the inventory.
Specifically, sets dedicated to the franchises Harry Potter and Star Wars seemed to return the most.  A 2007 Millennium Falcon kit initially sold at retail fo $499.99.  In 2016, those same sets were selling for nearly $4,000.  In just one year, a Darth Revan set based on the Star Wars character went from $3.99 to $28.46, earning a return exceeding 600%.

Both small and large sets have gret increases in value, due to the smaller sets'  comparative rarity, and the larger ones due to their acquisition price.  And according to Victoria Dobrynskaya of Russia's National Research University Higher School of Economics, who studied over 2322 Lego kits dating back to 1987, licensed sets tend to see the greatest returns on investment.

The biggest problem with using Legos as an investment however, is the logistics of carefully storying the sets, so the boxes do not get damaged and the pieces do not go missing.  Plus, you never know how the market will favor one set over another.  The Millennium Falcon sold great, but Legos also put out sets based around the 2010 movie Prince of Persia, which bombed at the box office, and therefore did not sell well.

Plus, isn't the whole fun of Legos playing with them?  We'd be too tempted to open the box and mess up our entire inverstment plan!