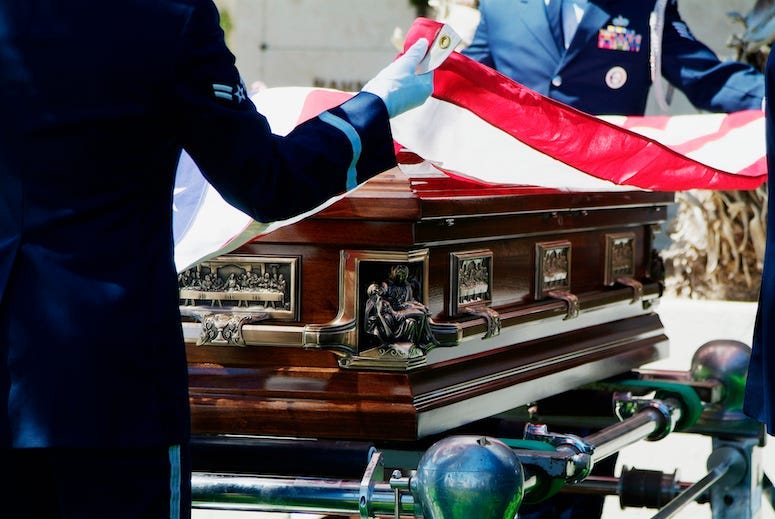 Unfortunately, he died this past November at the age of 72 from natural causes.

When the Central Texas State Veterans Cemetery announced plans for his funeral, they were worried only staff would attend.  No friends or family of any sort stepped up on behalf of Walker.  Officials knew very little of Walker’s life, and believe he might have a brother living in Texas, but no one came forward

Local news station KVUE picked up the story, and made it known they would be there.  And soon after, others confirmed they would attend as well.

When Joseph Walker was laid to rest yesterday, over 1,000 people were in attendance.  Photos showed the roads leading to the cemetery clogged with traffic, all with people looking to pay their final respects for a local Veteran.

Killeen, Texas: A line of cars stretching for miles to attend the funeral of an Air Force Veteran with no family.. after fears he would be buried with no one attending. pic.twitter.com/IC5z7IlDjh

Marc George of the Christian Motorcyclists Association, officiated the funeral, and he said, standing next to Walker’s flag-draped coffin, “Today, we’re not strangers; today, we are family.  This is our brother, Joseph Walker.”

Walker was buried in a full military ceremony.  The folded flag that was used at the service will be held at the cemetery for 90 days. If no family comes to claim it, it will be flown from the cemetery’s main flagpole.