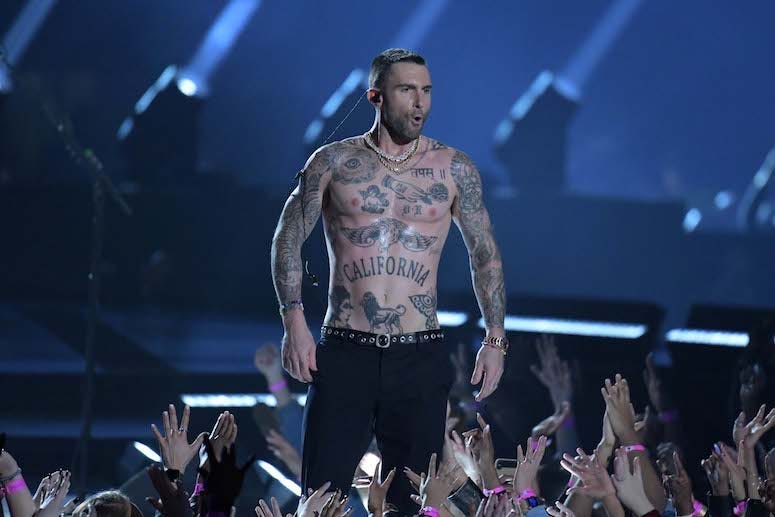 While football fans had plenty to complain about this year’s Super Bowl, the FCC had their own problems to deal with from frustrated viewers.

The FCC put out a report of all the complaints they received from Super Bowl LIII, and nearly 60 of them were directly related to the Maroon 5 frontman baring his chest during the band’s halftime performance.

Some viewers commented on the double standard between Levine showing his nipples and the controversy surrounding Janet Jackson’s “Nipplegate” from 2004.  Some people, however, just didn’t want to see Levine’s bare chest.

A viewer from San Antonio wrote, “It is unacceptable for Adam Levine to take his shirt off on television.  Football should be family friendly and a man half naked is highly offensive."  One from Buffalo, New York wrote, “Adam Levine, lead singer for the Maroon 5, took his shirt off, exposing his breasts and nipples. I believe that, when this happened to a woman in 2004, Janet Jackson, a complaint was lodged and CBS was fined $550,000. I would expect the same enforcement here."  And one from Portland, Maine wrote, “Double standard! Maroon five took off his shirt, showed BOTH NIPPLES.  Who will think of the children?"