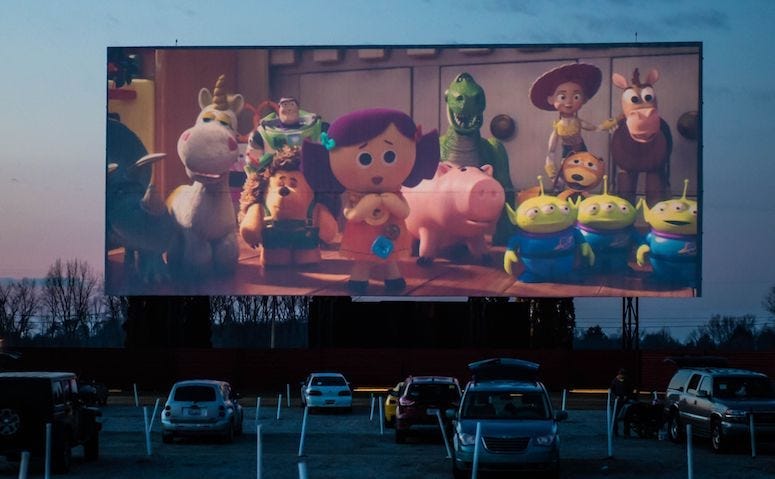 Photo credit (Photo by Al Lassen/For the Enquirer)
By ALT 103.7

A staple of all Pixar movies over the last two decades has been the animated short that plays before the actual film.

In 1998, Pixar blew the world's mind with their excellent short Geri's Game, following an elderly man playing chess against himself in a park, which would air before showings of A Bug's Life.
Geri's Game really set the precedent for what Pixar could really do, and the short even won an Academy Award.

However, for the first time in 23 years, Pixar will debut a movie without an animated short accompanying it.  And unfortunately, this film will be a big one.

Toy Story 4 will be the first movie in over two decades without a short.  It will become the first movie since the original Toy Story, which debuted in 1995, to play without an animated short preceding it.
No word why the producers nor the studio decided against the animated short, though Pixar has been releasing more short films independently, away from feature pictures.  Although, the studio did receive some criticism for Olaf's Frozen Adventure, the short that played before screenings of Coco, particularly for its length, which clocked in at 21 minutes.
Toy Story 4 will be released into theaters this Thursday, June 20.