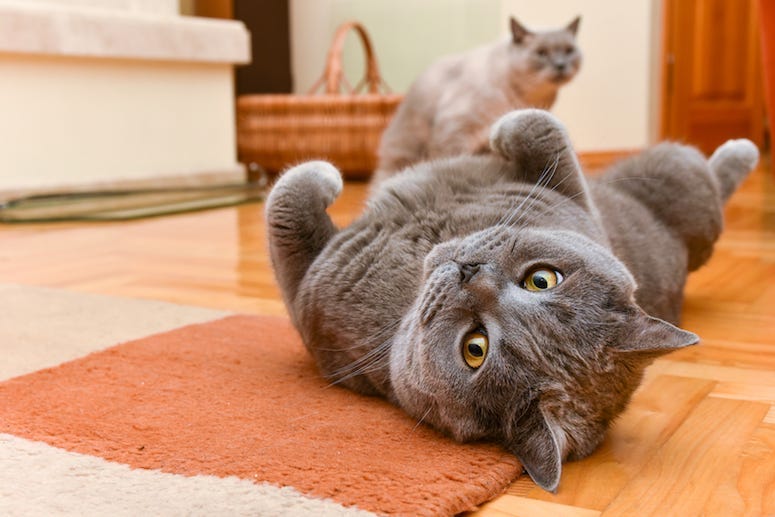 David Callisch, a landlord in San Jose, California loves two of his tenants, Louise and Tina.

This $1,500 studio in #SiliconValley is being rented to two cats. Yes, cats! Not people. There’s much more to this story.🙀Watch at 11! @abc7newsbayarea pic.twitter.com/Dt1pJzTZpP

Tina and Louise belong to Victoria Amith, who couldn't take them with her when she moved into her freshman dorm at Azusa Pacific University.  She left them with her father, Troy Good, but when he moved in with his fiancé who had a dog, the animals clashed.

So Good asked for a little help from his buddy, Callisch, who originally planned to use the extra space as an Airbnb.  Callisch said, “He says, ‘Hey, would you mind if I – how about if I rented your place?’ I said, ‘Well, what do you mean?’ He says, ‘Well, you wouldn't have to deal with people all the time if you rented it, and I could stick the cats there. I’m close, I could come visit.’ I said, ‘Really?”

They may be Silicon Valley’s most unusual and pampered tenants: these 2 cats, Tina and Louise, live by themselves in a $1500/mo. studio. @BettyKPIX reports https://t.co/KjoXp7cok8 pic.twitter.com/3FqsLyzMlc

There has been some backlash for renting the apartment to a pair of cats, given the severe income disparity in the Bay Area specifically Silicon Valley, and while Amith is aware of the criticism, she loves her cats and will do anything for them.  She said. “It's not in a public space, it's in someone’s backyard, because there's obviously a huge housing issue in the area. And I don't want people to be like, ‘Oh, this is taking away the housing.’  I love my cats so much.  I'm so attached to them.  I’m like a cat lady.”