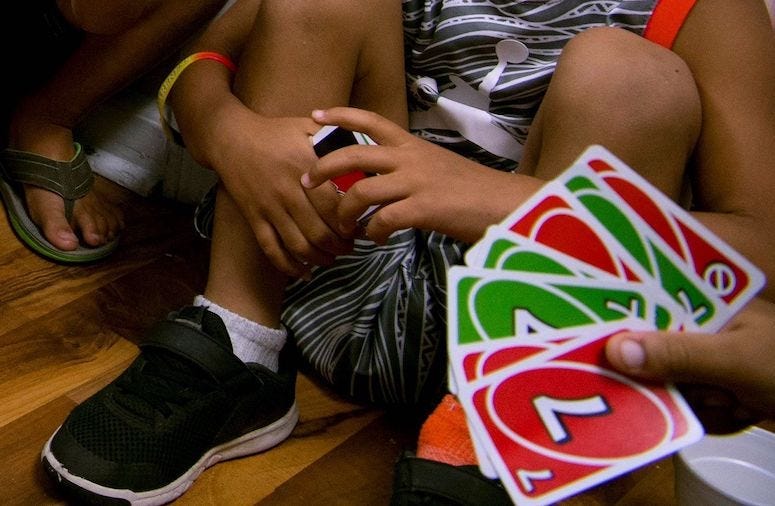 UNO is a beloved card game built on a foundation of frustration.

How many times have you faced multiple draw four or draw two cards, inevitably doubling up your hand, leading you away from certain victory to humiliating defeat?

It’s happened to the best of us, and there’s no doubt we all have issued that punishment on some unfortunate souls, as well.  Unfortunately, according to the card game itself, we are not allowed to stack those draw cards.

The official UNO account tweeted as such over the weekend, saying if you are hit with a draw 4 or draw 2 card, you must obey those rules immediately and forfeit your turn.  You are not allowed to stack another draw card on top of it for the player after you.

If someone puts down a +4 card, you must draw 4 and your turn is skipped. You can’t put down a +2 to make the next person Draw 6. We know you’ve tried it. #UNO pic.twitter.com/wOegca4r0h

Of course, this set off an absolute firestorm.

i know this is literally your game that you made up but this is incorrect im sorry https://t.co/EZ4wTxRqYH

That’s not even how Uno is played.

Has anyone ever played UNO by those inane rules anyway?  Pretty sure we’ll stick with the same way we’ve always played it!