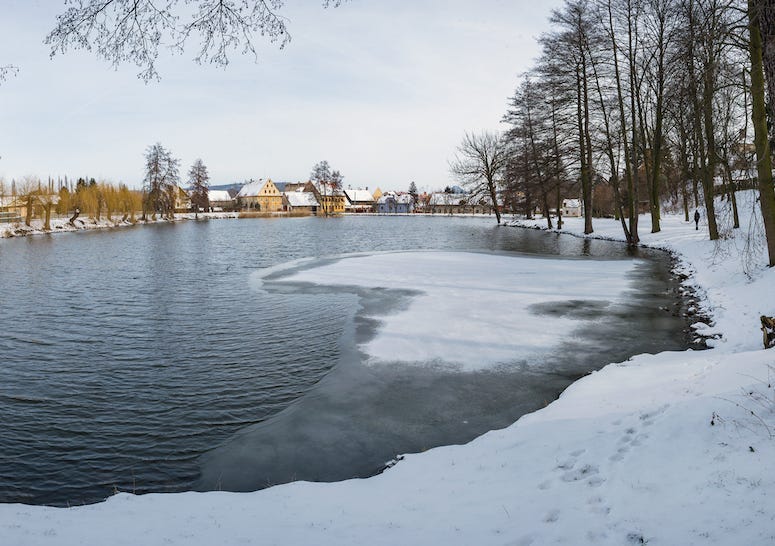 UPS driver Ryan Arens was making his normal routes in Bozeman, Montana when he suddenly heard what sounded like a dog yelping for help.

Arens exited his truck, and could see the dog, trapped in a nearly frozen icy pond about 10 to 15 feet of the shore.  He also saw a man in a rowboat, trying to male his way to the dog, but knew he wouldn't make it in time.

Arens stripped to his boxers, got the guy out of the boat, and used it to shimmy his way to the dog. He got near the dog, plunged into the icy water himself, and swam to the dog.

He reached him as he was beginning to go down.

Clutching “Sadie” tight, Arens swam to thicker ice, where they were both able to exit the icy water.

Saide escaped without serious injury, and though he earned a few cuts and a cold shock from the incident, Arens doesn't regret a thing.  He told the Tribune, “Animals are my weakness.  It was the highlight of my 14-year UPS career.”