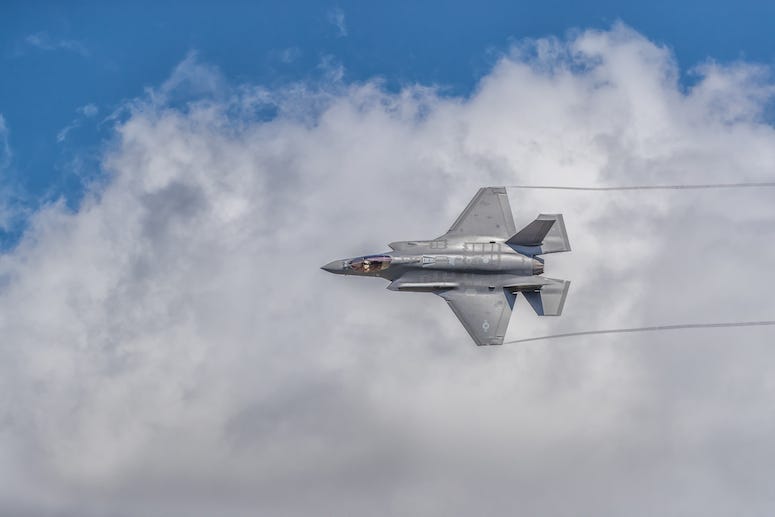 The exercise took place above Luke Air Force Base in Arizona, and by all accounts it was a success. Though at the conclusion of the simulation, it appeared that the six planes drew a gigantic cloud penis in the sky.

That F-35 sky penis above Luke AFB? It wasn’t intended to be a sky penis, base says. New on @AirForceTimes: https://t.co/UTLKqmwnX3 pic.twitter.com/5mb4IeRebv

The Air Force, however, insists nothing “nefarious” or “inappropriate” occurred during the simulation, and any resemblance to male genitalia was unintentional.

Major Rebecca Heyse, Luke’s public affairs chief for the 56th Fighter Wing, said, “senior leadership reviewed the training tapes from the flight and confirmed that F-35s conducting standard fighter training maneuvers Tuesday afternoon in the Gladden and Bagdad military operating airspace resulted in the creation of the contrails. There was no nefarious or inappropriate behavior during the training flight.”