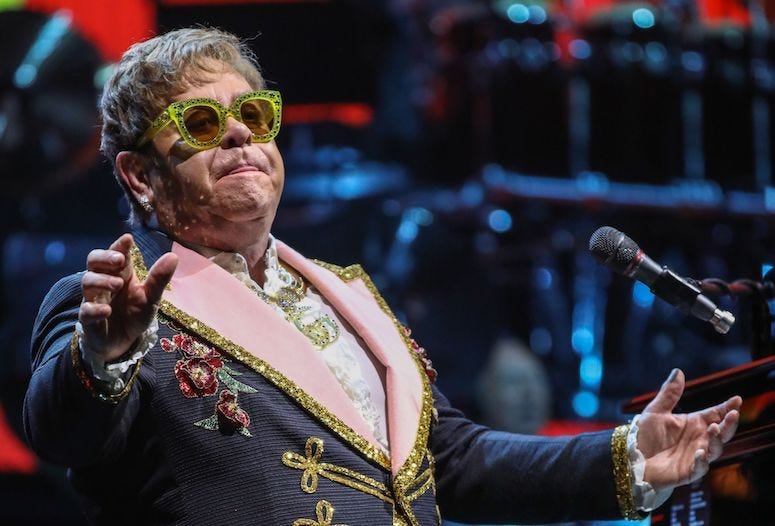 Before it was one of the greatest songs in the history of music, it was just some lyrics scribbled on a piece of paper.

We suppose that's how all great songs start, but it's still pretty surreal to see "Tiny Dancer" as only lyrics and the beginnings of a melody and not the classic song we know and love today.

In the video, John chooses from a stack of lyrics written by Bernie Taupin saying, "That's the one I fancied writing, mainly because I knew Bernie would like me to do this one as it's about his girlfriend."  Before John begins playing the tune, he says, "you know it's got to be gentle and quite slow."

Taupin wrote the song about his then-girlfriend, and future first wife, Maxine Feibelman, who can be seen sitting with Taupin enjoying the song.