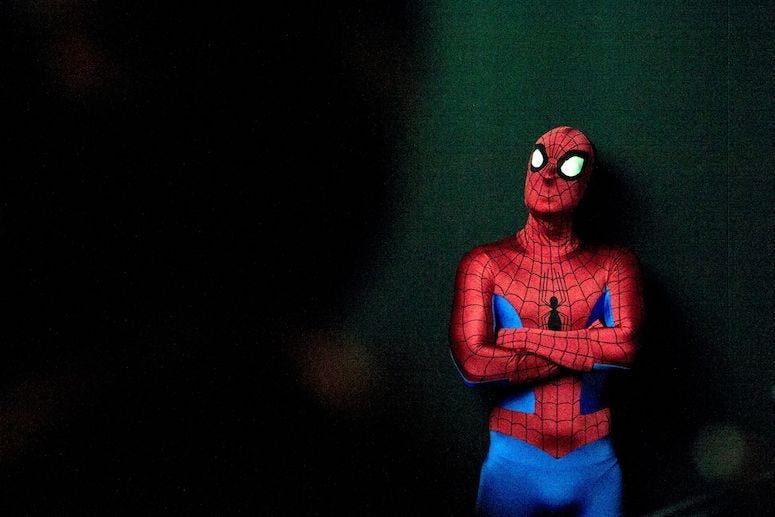 If you are suffering from arachnophobia, there is only one man you need to see: Peter Parker.

That of course, is Spider-Man, but a new study has found that the Marvel superhero is exactly what you need to overcome your fear of spiders.

Scientists gathered 424 participants, and split them into two groups.  One group watched actual scenes from the two films, and the other group watched Marvel's opening credits, followed by actual clips of spiders, ants, and other insects.  They discovered that those exposed to short clips of Spider-Man and Ant-Man slashed symptoms of insect phobia and arachnophobia "by a fifth."  Clips as short as seven seconds were enough to help these people conquer their fears.

Those who only watched clips of the actual insects and spiders saw no such change, and Professor Menachem Ben-Ezra, of Ariel University in Israel believes it all derives from the context of the clips shows.  He says, "Seven-second exposure to insect-specific stimuli within a positive context reduces the level of phobic symptoms.  Incorporating exposure to short scenes from the Marvel Cinematic Universe within a therapeutic protocol for such phobias may be robustly efficacious and enhance cooperation and motivation by rendering the therapy as less stigmatic."

Now, the research teams are planning to use these findings to help treat those suffering from post-traumatic stress disorder.  Prof Ben-Ezra, and co-author of the study Dr Yaakov Hoffman believe the movies may have many beneficial psychological attributes.  "They not only help people feel better about themselves but provide an antidote to hectic and stressful lives by showing us the true underlying spirit of confronting one’s fear."