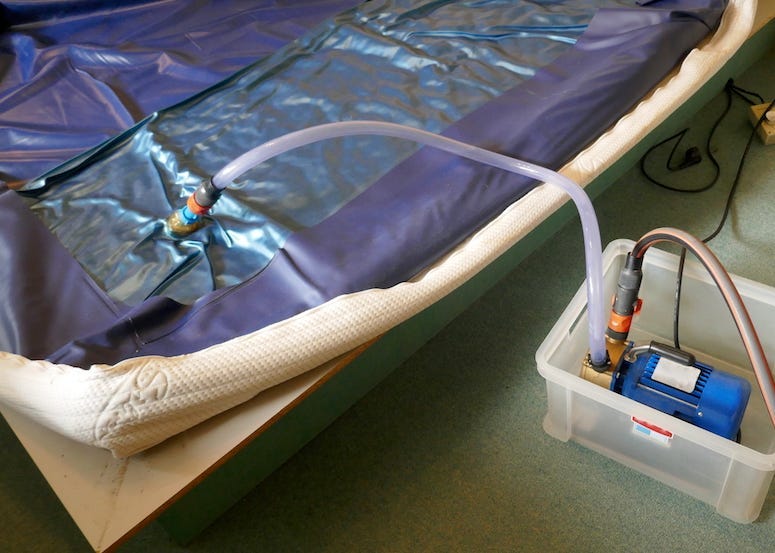 While they may not be as common now, there is no doubt you had an aunt or uncle with a waterbed, and Hall believes now, they are ready to make a comeback.  Hall has developed a "modernized" version of his classic waterbed, which he's taken to describe as "not your parent's waterbed."

His new mattress, Afloat, has a layer of memory foam, dual-temperature control, and he says it is significantly less “jiggly” than their vintage counterparts.  We honestly thought the jigglier the better.

In the 1980s, one out of every five beds sold was a waterbed, and were one of the hottest selling commodities.  Unfortunately, Hall credits "bad marketing" and low-quality products to their massive decline.

And even though sex was a MAJOR selling point for vintage waterbeds (the first one was named "The Pleasure Pit"), Hall and his partners want to make sure customers know Afloat is more than a pleasure pit.  Hall’s business partner, Keith Koenig, told the New York Post, "We're not selling better sex.  We're selling better sleep, more comfortable sleep, temperature control."

The mattresses are currently being sold at Koenig’s Florida-based store City Furniture, though they will hopefully be available for preorder soon on the Hall Flotation website.