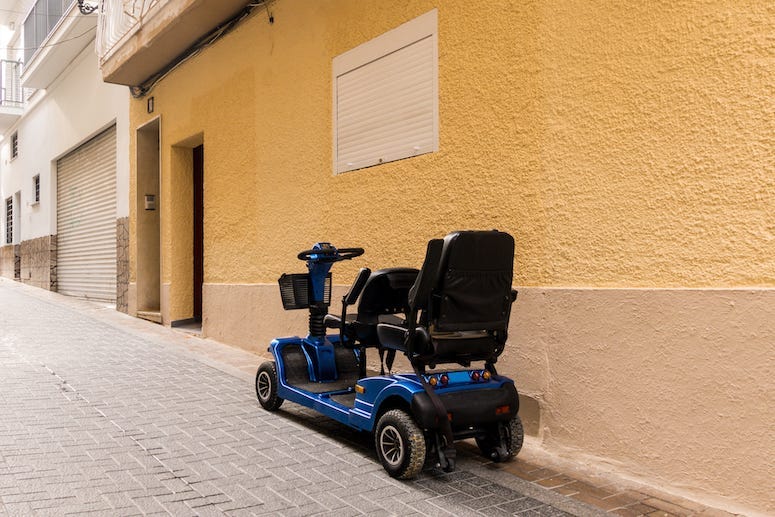 An Oregon woman was heading home from a karaoke bar when she was pulled over by local police.

Jennifer Gayman, who was riding an electric scooter at the time, was issued a citation for riding on the sidewalk without a helmet.  Despite officers’ warnings that she would need to stop riding the scooter without a helmet, Gayman took off.  She led police on a low-speed chase while the officers followed closely, flashed their lights, and radioed for backup.

She eventually led the police to her home, where she was eventually arrested on suspicions of trying to elude the police, interfering with a police officer, and disorderly conduct.