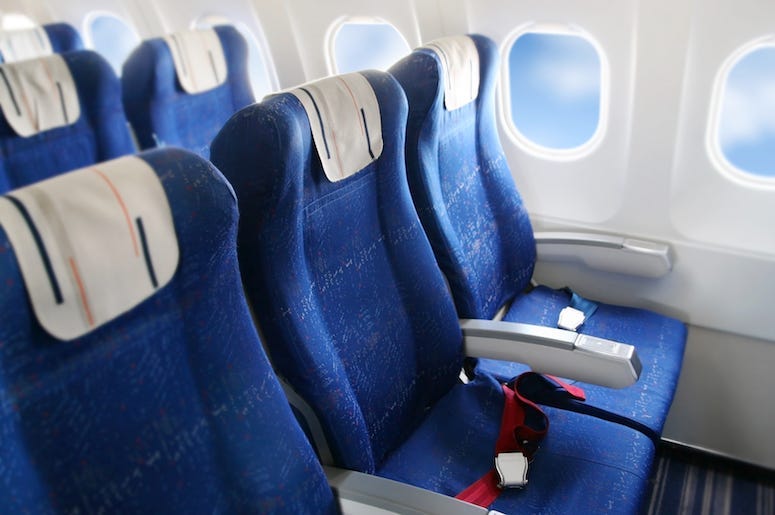 Talk about an uncomfortable flight.

A woman was recently photographed on an EasyJet flight sitting in her seat, that unfortunately did not have a back.  Tech startup CEO Matthew Harris tweeted the photo, along with a caption that read, “How can this be allowed.”

#easyjet beats @Ryanair to have backless seats. @IATA @EASA this is flight 2021 Luton to Geneva. How can this be allowed. @GeneveAeroport @easyJet_press @easyJet pic.twitter.com/EthMoWRR8P

An EasyJet spokesperson has come out and said the flight was not fully booked, however, and had five spare seats, meaning the photo was most likely staged.  EasyJet spokeswoman Katie Kershaw said, “No passengers were permitted to sit in these seats as they were inoperative awaiting repair.  Safety is our highest priority and EasyJet operates its fleet of aircraft in strict compliance with all safety guidelines.”

However, Harris later tweeted that the woman was moved only after the flight was fully boarded, wondering what would have happened if all the seats were booked.

My partner took the photo.

The plane, travelling from Luton in England to Geneva, Switzerland landed without further incident.