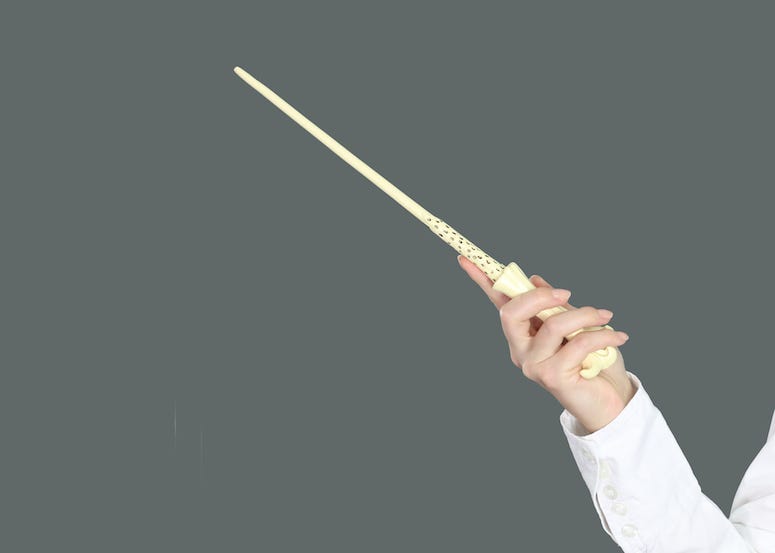 Oh, your dog can speak on command?  That’s nice.

Your dog can sit and shake hands?  That’s all well and good and probably really adorable, but your pooch tricks probably don’t have anything on Anna Brisbin and her dog, Remus.

Remus is named after the professor and Werewolf from Harry Potter, which makes sense when you realize how big a Potter fan Anna is.  She’s such a big fan, she trained Remus to perform several spells and tricks from the franchise.  Get ready for adorable wizard overload.

oh, you trained your dog in German? coolcoolcool

i trained my dog in Harry Potter spells. pic.twitter.com/tBlRVTJ33Z

Anna told the Press Association, “I’ve been training him since May when he was two months old.  But that was mostly just Stupefy and Wingardium Leviosa.  And we've been working on Avada Kedavra for a long time also, but he still will only do it on a nice soft carpet.  I've been training him for so long and he's been such a good boy about it! I’m just so pleased the world is seeing how adorable and sweet and good he is.”

He is a good boy!

Via The Irish Independent