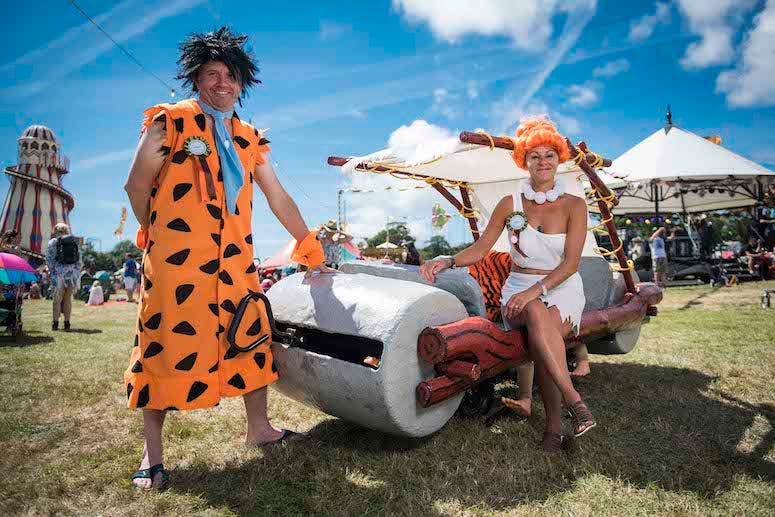 This is a page right out of history!

A California woman is in a legal battle with city officials who have determined her house, which is painted and decorated to resemble that of the home from The Flintstones is an eyesore that needs to go.

The home was built in 1976, and was painted orange in 2000 bestowing upon it the nickname the "Flintstones House."  Florence Fang fell in love with the property in 2017, purchased it, and completed the transformation by adding lawn decorations, including a yard full of dinosaurs, aliens, and cave-people.

It appears these decorations are the basis for the city's grievances, as Fang did not obtain the required permits for the work.  Assistant City Attorney Mark Hudak said last month, "We don't like it when people build things first, and then come in and demand or ask for permission later.  That's not fair to everyone else who goes through the process."

Plus, it doesn't help the house is located in a rather posh San Francisco neighborhood, who have declared the "ostentatious attraction" a "nuisance and an eyesore."

FLINTSTONES HOUSE: The owner of this house in California was inspired by the Flintstones when she decided to spruce up the landscaping. Now she's being sued. https://t.co/bHFSwmU7Nh pic.twitter.com/5bk8HThAhu

Fang doesn't currently live in the home, and uses it only for entertainment purposes.  Fang's lawyer, Angela Alioto, has stated that Fang plans to file a cross-complaint against city officials on April 11, saying her "constitutional rights to free speech and religion were violated."