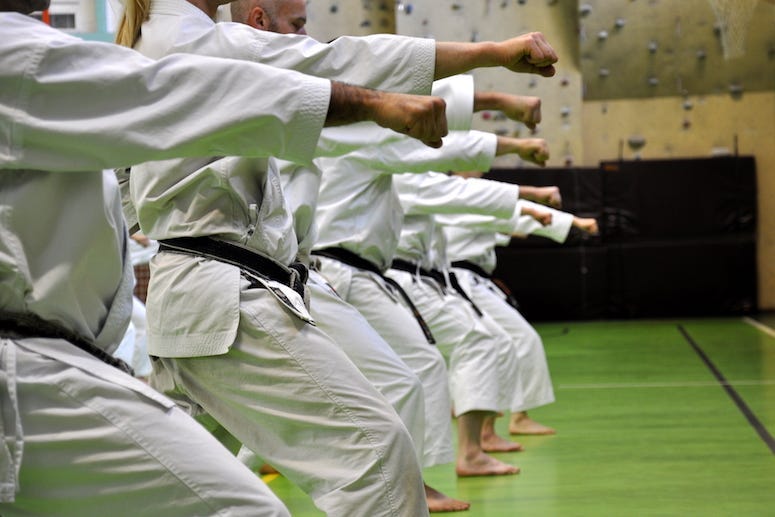 Class was just letting out at a karate studio in Charlotte, North Carolina when a panicked woman ran into the building seeking help.

Shortly afterwards, 47-year-old August Williams entered the building, coming face-to-face with head instructor Randall Ephraim.  Thinking he was just inquiring about classes, Ephraim asked how he could assist him.  Williams indicated he was here for a lady, and when the woman made it clear she did not know him, Williams aggressively tried to make his way into the dojo.

Ephraim explained, "I then went into action defending myself.  Once outside he attempted to attack again and was dealt with accordingly."  Williams tried to flee, but was chased down by some of the students, and eventually he did leave the scene...on a stretcher.  This was all after trying to attack several officers when they arrived at the scene as well.

Williams is facing a number of charges, including attempted kidnap, assault, and drug possession.

Police Captain J.D. Thomas told WSOC, "It's a great thing the people in there were able to help defend [the woman>.  It's extremely lucky that it was a karate studio and usually you don't see a suspect act like this."