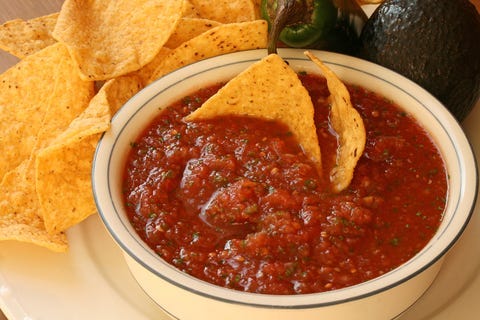 We take our salsa pretty seriously here in Texas. When you go to a restaurant they don’t just put one or two salsa containers at the table for all to share, you each get your own.

It never ends well if anyone at the table messes with your cup of salsa. But this guy took it way further than just double dipping.

A woman in rural Tennessee placed an order at a local Mexican restaurant through a delivery app. Apparently, she lived 30 minutes away from the restaurant and the delivery driver wasn’t okay with that.

A man who was in the car with the delivery driver, Howard Matthew Webb recorded himself dipping his genitals in the customer’s salsa container. Once the video started being shared online, the delivery company Dinner Delivered saw the video they notified local police. An investigation into the video began and Webb was arrested a month later for “adulteration of food, liquids or pharmaceuticals," which is a Class C felony.

The woman who was the delivery driver and who could be heard in the video saying "This is what you get when you give an 89-cent tip for an almost 30-minute drive" has been fired from the delivery company.

Webb is currently in jail pending his preliminary hearing on March 12th. If the jury finds Webb guilty of "bodily injury" to another, he could face a sentence of 3 to 15 years in prison and a fine of $10,000. The investigation is ongoing.