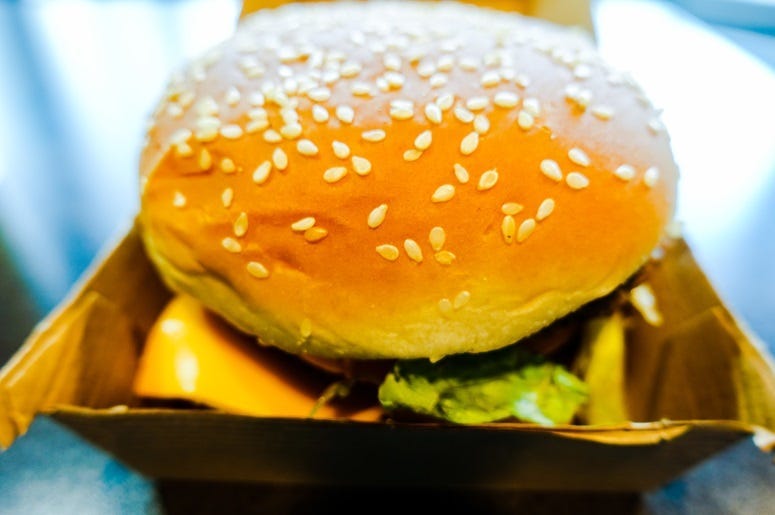 The world is full of great thinkers, who use their knowledge to solve our greatest problems. Then there are people who use their knowledge for other things, like wanting to know what a Big Mac from McDonalds would taste like, after being sent into space. That’s what question one man recently solved, but not before the burger went on quite the journey.

But there was no card inside, so we didn't really know what to do. Honestly, what DO you do with a frozen burger?

Tom Stanniland, a YouTuber from England, sent a Big Mac into space on Thursday, using a weather balloon. He attached the burger to a polystyrene box and added a GoPro camera to capture its journey. However, after the balloon popped, the burger ended up landing on the practice ground of the Colchester United Football Club.

Tom explained how he ended up in north Essex on a Wednesday afternoon in March.#ColU pic.twitter.com/sou8YwC47z

The “spaceburger” story was shared on the soccer club’s twitter page. They explained that before they could investigate the strange appearance of the Big Mac, Stanniland had called to explain. He then went on a three hour journey to retrieve his Big Mac, and finish his experiment.

The English YouTuber shared a video of his burger adventure. While the burger didn’t quite make it all the way to space, it did travel over 100 miles. Of course, the big question was, how did the burger taste? Well, let’s just say Big Macs weren’t made for space travel.