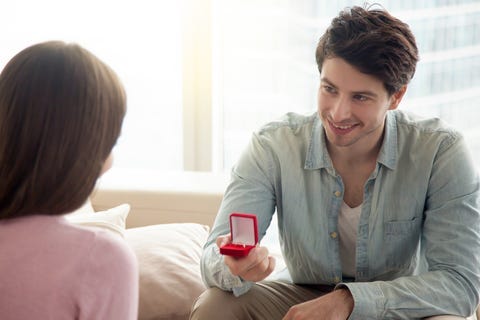 Do you remember what you did before going to bed? Because this Reddit user doesn’t.

An unidentified man posted online that he went to bed and woke up the next day engaged. He says that the engagement ring he bought a while back was tucked away in a drawer and the next day he saw his girlfriend wearing it. “I was just shook because I couldn’t remember s–t. I had an engagement ring in my drawer… woke up and she was wearing the ring on her finger and had explained what had happened.”

Apparently, the man couldn’t sleep the night before, to help with the problem he took 40 mg of Ambien. Way more than the recommended dosage. “I had not planned on being engaged with my girlfriend for another year and a half and probably would’ve gotten her a better ring but Ambien sped up the process tenfold.”

The poor guy even found that his relationship status on Facebook was changed to Engaged. He racked up over 150 likes. At least he planned on marrying his girlfriend; otherwise, things would have been very awkward that morning.

Let this be a lesson to everyone. Be careful when taking Ambien, who knows what you may wake up to.