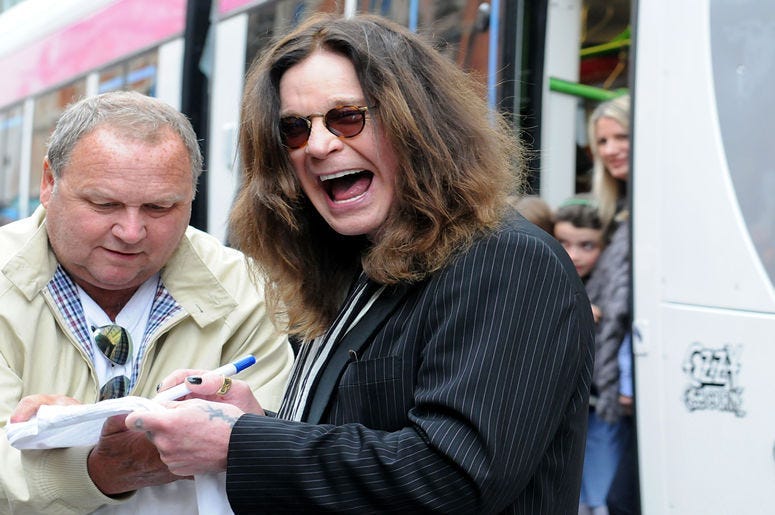 Ozzy Osbourne has announced he is postponing all 2019 shows due to health concerns. The Prince of Darkness has been dealing with illnesses since his bout with pneumonia earlier this year.

According to a press release, after recently falling in his home, Ozzy Osbourne re-aggravated injuries sustained in an ATV accident back in 2003. Ozzy is now recovering under doctor care in Los Angeles.

OZZY will postpone all his tour dates as he recovers from injury sustained while dealing with pneumonia. Ozzy fell at his Los Angeles home aggravating years-old injuries (from his 2003 ATV accident) that required surgery.

Shows will be rescheduled beginning in Feb 2020

In his press release Ozzy said, “Words cannot express how frustrated, angry and depressed I am not to be able to tour right now. I'm grateful for the love and support I'm getting from my family, my band, friends and fans; it's really what's keeping me going.”

Get well ASAP!!! Take care of your self! #Ozzy #KnightOzzyOsbourne 💙🙌 pic.twitter.com/oXbKoi0b5i

I would prefer Ozzy stop touring and just live a safe and healthy life. The world can survive without him touring and would still be a better place while he's alive living in it.

Dude get better for you and those grandkids there more important than shows.

While fans were upset after hearing the news, with some already purchasing tickets to upcoming shows, most were more worried about Ozzy’s health, and hoped the singer focused on that instead of performing. Ozzy Osbourne continues to recover, but for those that think this is the end, Ozzy says, “I will finish my tour...I will be back!"