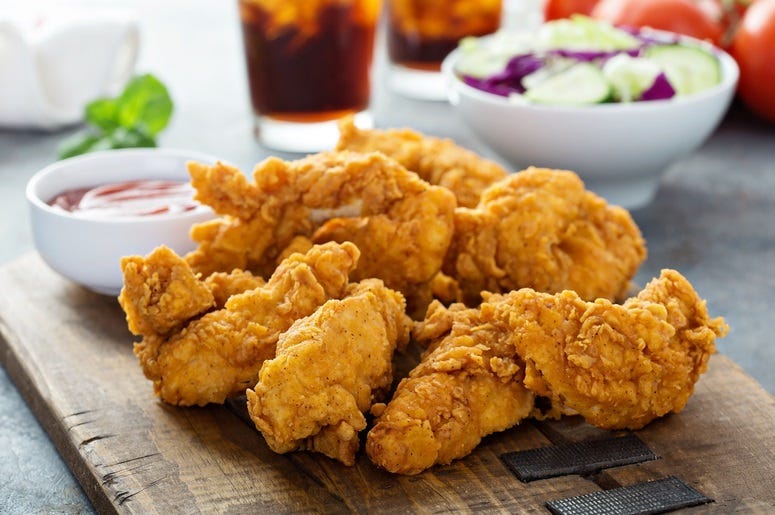 Free food is pretty hard to resist, but most people have their limits. Everyone knows about the ten second rule, but for some in Alabama, that time limit had to be pumped up after finding boxes of chicken fingers on the highway. Alabama authorities had to send out a warning to people over social media, warning those in Cherokee County to avoid eating the chicken fingers that fell from an 18-wheeler.

On Sunday, an 18-wheeler that was traveling down Highway 35 in Cherokee County, Alabama suffered a spill of some of their chicken finger supply. The boxes of chicken fingers laid on the highway, prompting Alabama motorists to pull over, and pick up large quantities of the tenders. The news quickly spread, and the Cherokee County Emergency Management Agency decided to step in, before anyone became sick from the found chicken.

In the message sent out by the agency on social media, they warned those pulling over on the highway that they were, “creating a traffic hazard! It's a crime to impede the flow of traffic. Those cases have been on the ground for over 24 hours and are unsafe to consume. Anyone who is caught could be facing charges.” Between the criminal aspect, and the quality of food after sitting out for a long time, it’s probably a good thing the Cherokee County Emergency Management Agency sent out the warning.

Social media quickly heard of this story, and as always, the internet acted accordingly. The consensus seems to be that chicken fingers are absolutely worth it. One twitter user wrote, “Oh my god there are free highway tenders in Cherokee County, I am going down there RIGHT NOW.” It seems the message wasn’t enough to deter those in the area form trying to get their hands on a box or two.

This is some real gov't overreach if you ask me https://t.co/QVtbzLVNV2

Oh my god there are free highway tenders in Cherokee County, I am going down there RIGHT NOW

Waiting for a rig hauling bbq sauce to get involved.

As of Monday all the boxes were gone sadly. In another Facebook post by the agency, they said the mess had been fully cleaned, and the highway was back to normal. For those who were able to make it out with some free chicken, hopefully they dumped it instead of eating it. Then again, who’s going to turn down free chicken?