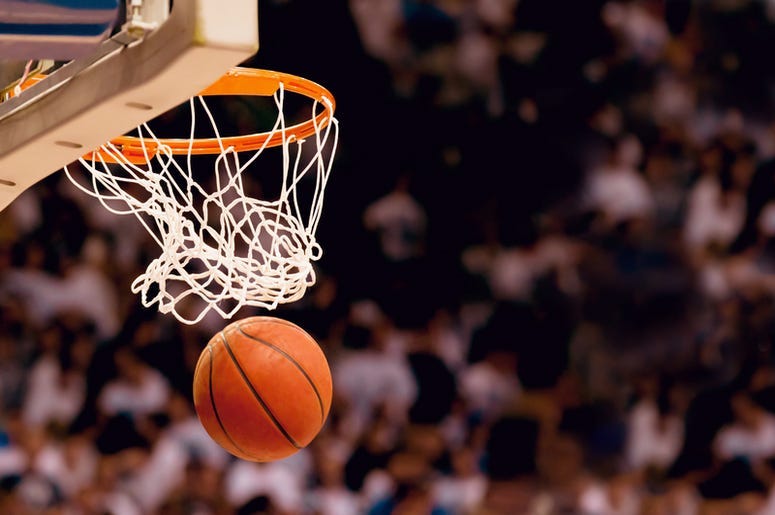 Clay Warner was born with cerebral palsy, and is legally blind, but he hasn’t let that stop him thus far. He’s an 18 year old senior at North Polk High School in the small town of Alleman, Iowa. In a town with a population of 432, it’s rare to get a great sports hero, but last Friday night that’s exactly what Clay became. After suiting up for every game of the season, Clay finally got his chance to play.

Meet blind baller Clay Warner, who last night compelled me to write a story with a happy ending for once. https://t.co/vcykwXkF0D

It was senior night for the North Polk High School varsity basketball team, and though Clay Warner wasn’t sure if he would get a chance to play, he suited up as he has for every game this year. Coaches never played him out of fear he may get hurt, but down 15 late in the game, the coaches decided to give him a chance to live out his dream. Clay Warner, the heart and soul of the team, who leads them in every pregame huddle, was welcomed to the court with cheers and a standing ovation.

After a pair of free throws by the opposing team, North Polk got the ball to Warner, who was already positioned down the court. He took a dribble, and pulled up to take his shot. The announcer yelled, And it’s good!” as Clay sunk his first and only shot of his career. The crowd went nuts for the man who has battled cerebral palsy and being legally blind his whole life.

Clay Warner is a huge basketball fan who says he has been playing since third grade, and is a big fan of LeBron James. In a team Q&A he says the one word to describe himself is “baller.” Many on social media have praised the story, with one twitter user even reaching out to Clay’s idol. In his tweet to James, the twitter user writes, “@KingJames Feel good story of a blind basketball player you inspired -- who made the one shot he was given.”

@KingJames Feel good story of a blind basketball player you inspired -- who made the one shot he was given. https://t.co/Yk37K2aCJV

The best thing you’ll read or see today, or most days. https://t.co/Y0zQXJ1Jxt

found this today buried in the sports pages …..never get tired of this type of story

Though the North Polk Comets lost the game 63 to 48, everyone in attendance left with a special feeling, especially Clay Warner. Coach of the team, Nick Wilkins said, “It was one of those times when you have chills running up and down your spine.” It is surely a special moment for the team, who got to celebrate the heart and soul of the squad one final time on senior night.