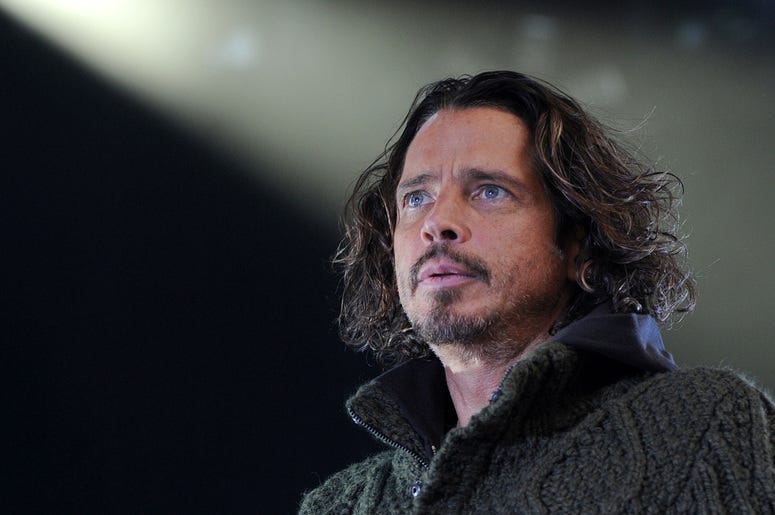 The life and career of Chris Cornell will soon be the subject of a new documentary, and it will be produced by one of his longtime friends. Actor Brad Pitt is teaming up with director Peter Berg to produce the new documentary, along with Cornell’s widow, Vicky. The documentary will focus on Cornell, who died in May of 2017, and his time leading both Soundgarden and Audioslave.

Brad Pitt, who became friends with Chris Cornell over a decade ago, will be joined by director Peter Berg to create the new project. The film will be produced under Berg’s Film 45 production company, as the two will lean on Vicky Cornell to help with gaining content on the late singer. Peter Berg will also direct the documentary.

The news of the documentary about Cornell’s life comes as many continue to celebrate the life of the late singer. Back in January, a benefit concert was held in honor of Chris Cornell. Brad Pitt attended the ‘I Am the Highway: A Tribute to Chris Cornell’ concert, introducing Cornell’s daughter, Toni, to the stage. The singer also won a Grammy over the weekend, posthumously for best rock performance, for ‘When Bad Does Good.’

Fans were excited to hear the news of a new documentary focusing on Cornell’s life. Singer Nik Carter went into fan mode when he heard the news tweeting out, “Brad Pitt and Peter Berg, Im so down for this.” With the benefit concert, along with posthumously released music, fans have been looking for all the Chris Cornell content they can get. One twitter user wrote, “I got my valentines gift! Chris Cornell Documentary in the Works From Brad Pitt and Peter Berg.”

https://t.co/svw5kzPvm3 Brad Pitt and Peter Berg, Im so down for this #ChrisCornell

I got my valentines gift! Chris Cornell Documentary in the Works From Brad Pitt and Peter Berg (EXCLUSIVE) https://t.co/QHU5u9Y5rA via @variety

That’s nice . I think everyone expected this

It is unknown at this time when we can expect to see this new documentary. A rep for the Cornell estate did confirm that a documentary was in the works, but provided no further detail. For now fans will just have to wait for more Chris Cornell content, and hope his good friend, Brad Pitt, is hard at work to make sure this documentary is worthy of the late singer.