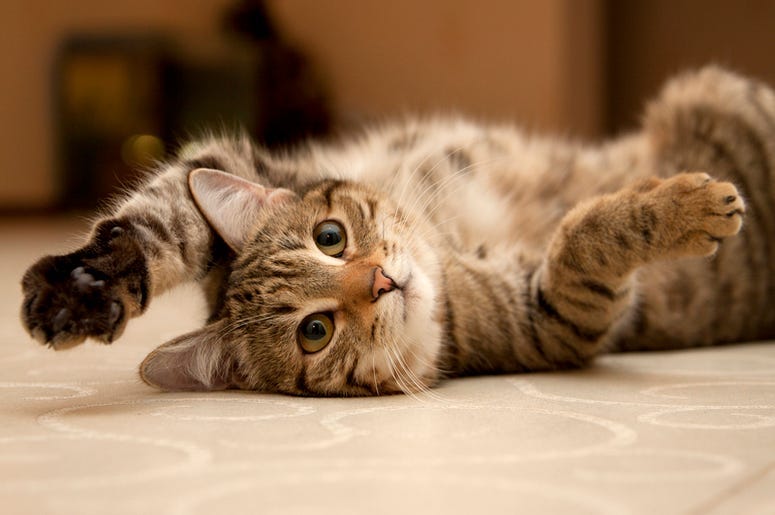 The life of a college student may seem like nothing but fun, but it also comes with a ton of stress for students. This is especially true at Harvard University, one of the country’s finest learning institutions, where students have high expectations for their future, from the moment they step foot on campus. One of the best ways to deal with stress is with the distraction of an animal. Luckily for students at Harvard, they have a feline friend that wonders around campus, and has become a huge hit among students and faculty.

Remy the cat is an orange tabby that can be found walking around the grounds of the historic university in Cambridge, Massachusetts, on any given day. He strolls from building to building, looking for warm patches of sun to lie down in, boxes to play in, and human interaction. Remy has become a very popular figure on campus, and has even had a profile written about him in the Harvard Gazette, along with having a Facebook page, with over 2,500 followers.

Sometimes he lives at the @hlslib Circulation Desk! pic.twitter.com/RitKbPf21l

Remy’s owner is a Cambridge resident named Sarah Watton, who lives less than a mile from campus. She is aware of the popularity her cat has gained, but is happy with it, as his on campus fame has made it easier for Watton to track down her adventurous cat. According to Watton she, “really appreciate Remy’s community and the love and happiness he spreads wherever he goes.” Last year, the cat went missing over the summer, causing panic among its followers, but was returned home after only a few weeks.

Harvard’s official mascot is John Harvard, a pilgrim-like costume, based on the clergy who the school is named after. The official nickname for the school, and its athletics programs, is the crimson, but if it was up to students around campus, their cat-in-residence, Remy, would take the reign as the new official mascot. The love for the cat around campus is clear, as one twitter user wrote, “Aw, Remy.  It makes my day when he comes to visit us in the law library.”

Well, here’s something you don’t see everyday: a cat wandering the halls of Harvard Law School. I’m used to seeing my colleagues’ various golden retrievers. This is the 1st I’ve seen of the cat. I’m told he is a neighborhood cat who comes by from time to time. pic.twitter.com/zbo6xeClWw

Aw, Remy. It makes my day when he comes to visit us in the law library.

It seems Remy the cat lives a pretty sweet life, strolling from building to building, being loved by countless Harvard students. He may not become the official school mascot, but due to his popularity, Remy doesn’t seem to be going anywhere. He will remain a on campus fixture, helping students deal with the daily stress of being a college student.

Via The Boston Globe