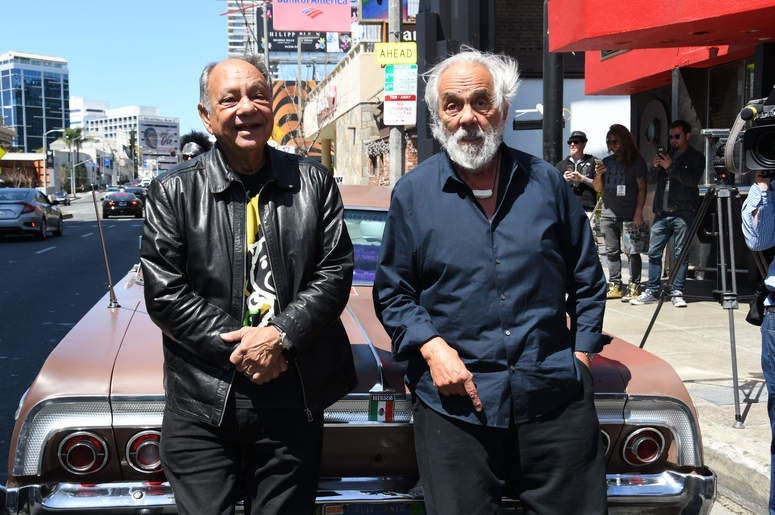 The Oscars are only six weeks away, and the award ceremony still has no host. While the Academy has discussed going without a host for this year’s broadcast, two comedy legends have decided to throw their hat in the ring just in case. Cheech Marin and Tommy Chong posted a clip of the two asking fans what they think of the duo potentially hosting the Academy Awards.

Should we host the Oscars? Comment below and retweet this. Im reading all the comments below 🤙 pic.twitter.com/VyGkWYqEqT

In the video, Cheech and Chong talk about discussing something for a few years, before Cheech Marin declares, “we’ve decided that we’re gunna save the Oscars this year.” Tommy Chong then adds, ‘yeah we’re gunna be the hosts. I’ll be Frank.” The video was posted on Chong’s twitter page, with a caption asking fans about what they think about the two hosting.

Fans were quick to share their excitement for a potential Oscars hosted by Cheech and Chong. Many saying they would watch the program, even though they haven’t had in the past, and others just using the space for timely stoner references. Some felt the duo would bring lightheartedness to the show, with one twitter user writing, “I mean, this makes PERFECT SENSE. We need this right now. Desperately. Chill Dudes, LAUGHTER.”

The Oscars would be so lit they'd go up in smoke.

The Academy Awards were all set to have comedian Kevin Hart host, until old tweets of Hart’s resurfaced. While he did flirt with the idea of returning to host the show, after dropping out to avoid negative publicity for the award show, the Academy reportedly has decided to move forward with the show without a host. Instead they will rely on a number of stars sharing in hosting duties. Reportedly the cast of ‘The Avengers’ may play a significant role in the show as well.

For now, Cheech and Chong will just have to wait and see if the Academy decides to change plans once again, and bring the legendary comedy duo on to host the show. Based on social media reaction, it might just be the perfect solution to the Oscar’s hosting problems. Hopefully if they do end up getting the gig, the two can decide who gets to play Frank, whoever that is.