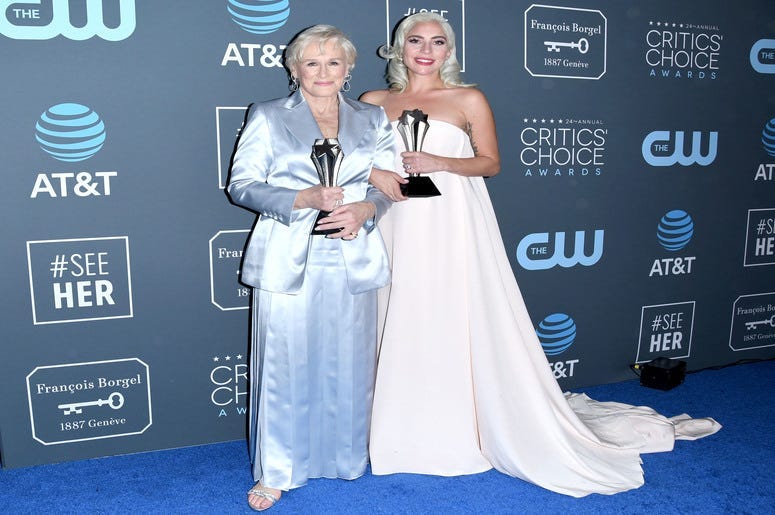 Its award season, and that means one thing; it’s time to critic those who critic the best movies and television shows of the year. Every year awards are handed out to actors, actresses, movies and shows that voters feel are deserving, and every year people get upset and call out the voters for their decision. This year’s Critics Choice Awards were no different, as two of the nights awards ended in a tie.

The first tie of the night was for Best Actress in a Movie Made for TV or Limited Series, with both Amy Adams and Patricia Arquette winning. Adams won for her role in ‘Sharp Objects,’ and Arquette taking home the trophy for ‘Escape at Dannemora.’ When the announcement was made, Amy Adams was presented as the winner, before she asked for Patricia Arquette to join her on stage. The two then gave an impromptu acceptance speech together.

Though many were surprised by the decision to have two winners, it wasn’t the only shock of the night, as the award for Best Actress also ended in a tie. Both Glenn Close, for ‘The Wife,’ and Lady Gaga, for ‘A Star is Born,’ won the award. This came after Glenn Close took home the same award at the Golden Globes, one in which many expected Lady Gaga to win.

Viewers of the Critics Choice Awards had many mixed feelings about a tie being awarded. Many turned to social media to voice their opinion, with feelings ranging from joy, to excitement, to downright anger. One twitter user wrote, “I would...very much like to see the Critics Choice rules for when they declare a tie.” While some were critical of the decision, other felt it was a great way to support both stars, as another twitter user wrote, “Glenn Close and Lady Gaga in a tie for Best Actress at the Critics Choice Awards! It’s like Katharine Hepburn and Barbra Streisand all over again.”

Can we all just be like Amy Adams and Patricia Arquette and be that supportive and gracious with each other during 2019? PLEASE!#CriticsChoice2019

Glenn Close and Lady Gaga in a tie for Best Actress at the Critics Choice Awards! It’s like Katharine Hepburn and Barbra Streisand all over again.

So in the close races Critics Choice can't decide so go with a tie? What a sham.

I would ... very much like to see the Critics Choice rules for when they declare a tie.

Do they actually count votes for the joke that Critics Choice is, cause all looks so fabricated most times. I want to see proof for that Actress tie. How convenient it is for their predicting games.

Regardless of how fans felt the decision is final, and both awards will have two winners. All four were able to go home with a trophy, so luckily they will not need to split the hardware, or come up with a custody plan for the trophy. As for fans upset with the decision, don’t worry the Academy Awards are only six weeks away, with plenty of controversy to rant about on social media.