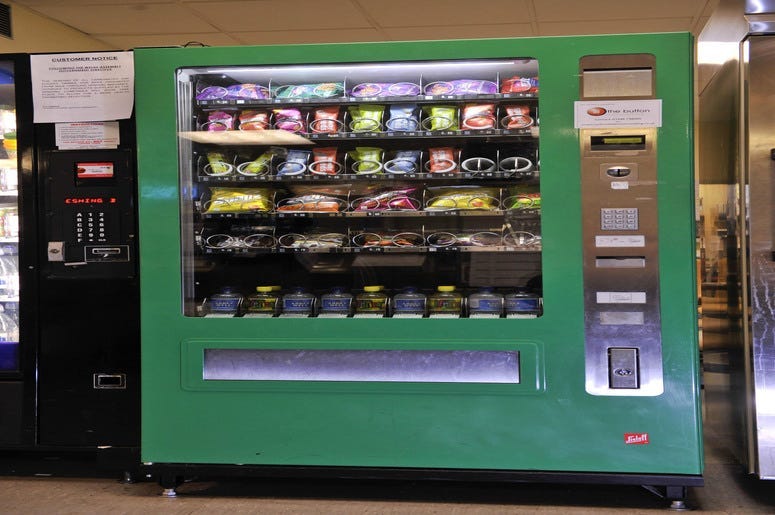 An artist in Dallas has found an unconventional way of selling his art. Matthew Brinston wanted something different to get his art to the public, other than the often intimidating art gallery scene, so he bought a vending machine.

"It's a nontraditional way to sell art and make it more accessible," he says. https://t.co/QNLZjQXcLh

The art display was an “off-the-cuff idea that caught on,” according to the artist. Matthew Brinston began his year by buying a vending machine, and filling it with some of his prints and small paintings, along with some pieces of gum.

Brinston’s “Vending Vessel” was initially placed inside a Bishop Arts clothing store, but after a few weeks of success, the artists decided to move the vending machine to Good Records, the record store on Greenville Avenue. Due to the record shop closing due to relocation, Matthew Brinston will eventually move his art display to Dibs on Victory when the bar and restaurant opens.

Fans of Matthew Brinston’s artwork will soon have another chance to easily buy some of his pieces from his vending machine. The artist, who has an upcoming exhibit in Austin, along with a residency in France, is excited about the idea of having a, “nontraditional way to sell art and make it more accessible.” With his vending machine selling his art, he hopes to reach even more people with his work.