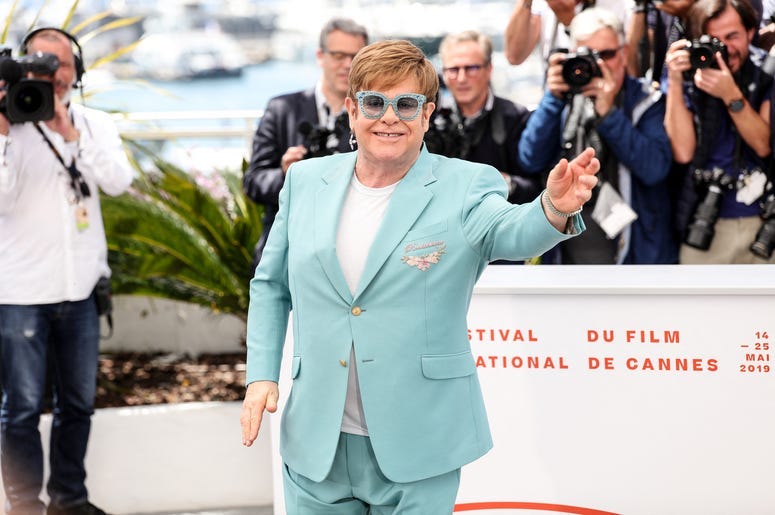 The Elton John biopic, ‘Rocketman,’ hit theaters last weekend, and so far most of the reviews have been exceptional. However, one person is speaking out against the movie, in particular the portrayal of the singer’s father. Elton John’s half-brother, Geoff Dwight, has criticized the film saying, “Dad didn’t have a homophobic bone in his body.”

Elton John's half-brother slams 'Rocketman' for its portrayal of their father as "a million miles away" from the truth. https://t.co/qDY55Ynufu pic.twitter.com/4WQnUAPLUE

‘Rocketman’ features scenes where Elton John, played by Taron Egerton, is arguing with his parents, in particular his father Stanley, played by Steven Mackintosh. In the film, Stanley criticizes his son for reading women’s magazines. This upset Geoff Dwight who is now claiming his father wasn’t homophobic.

According to Dwight, “his coldness is a million miles away from what dad was like. He was a product of a time when men didn’t go around hugging each other and showing their feelings every minute of the day, but he had plenty of love in him for all of us.” He also claimed that when Elton John came out, his father didn’t care, and wasn’t upset.

Elton John’s father, Stanley died in 1991, and the singer has only spoken to his half-brother, Geoff, once since. However, Dwight claims there is no feud between the siblings, saying “I love him, but our paths have gone in different directions. The Elton John biopic, ‘Rocketman’ is in theaters now.