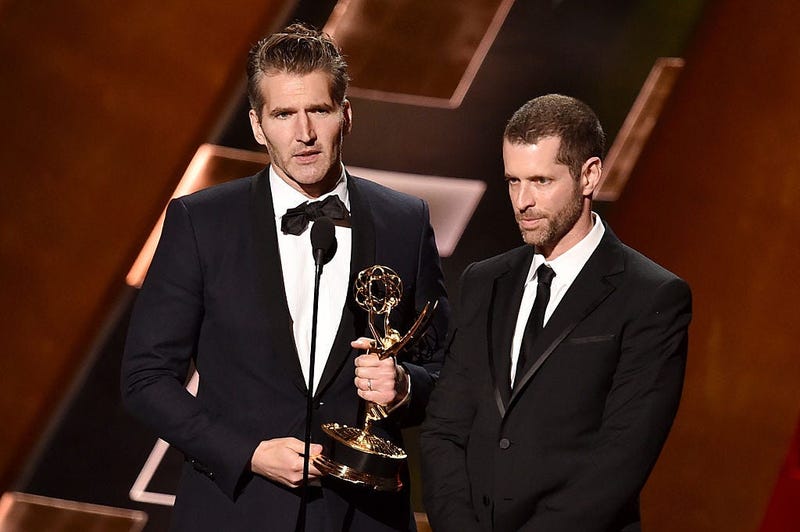 Producers David Benioff and D.B. Weiss already have their next project lined up as 'Game Of Thrones' comes to an end.

Back in February of 2018, the two made a deal with Disney and Lucasfilm to produce a new Star Wars trilogy; though no one was quite sure when we might see this new trilogy.

Last week Disney CEO Bob Iger revealed what movies Disney will release over the next 8 years. After looking at the upcoming schedule there was a three-year gap between 'Star Wars: The Rise of Skywalker' and the next Star Wars movie.

Now Iger has now confirmed that the next three Star Wars movies will come from David Benioff and D.B. Weiss.

“The consensus was that three years was the proper amount of time to not only take a breath, but also gear up for the next films. We're not going to wait until nine is out to start figuring it out; we're actually hard at work doing that now. We did a deal with David Benioff and Dan Weiss, who are famous for 'Game of Thrones' and the next movie that we release will be theirs, and we're not saying anything more about that."

After Star Wars episode 9 is released we’ll still have two new live-action Star Wars series to look forward to on Disney’s streaming service. The next Star Wars trilogy will arrive in December of 2022, 2024, and 2026.

What do you think of a new Star Wars trilogy from Game Of Thrones producers?