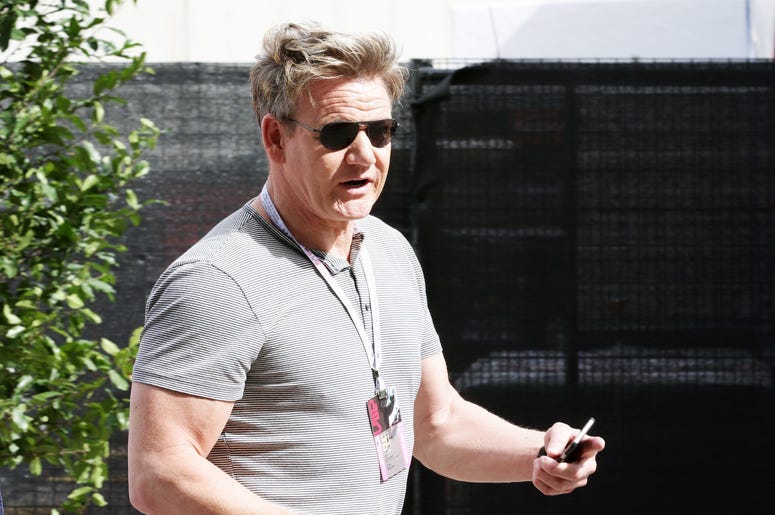 Gordon Ramsey has been turned into a meme countless time. Now the celebrity chef is turning one of his most famous memes into a merchandising opportunity. Ramsey stopped by “The Late Late Show with James Corden” to announce his newest product, The “Idiot Sandwich” earmuffs.

According to Gordon Ramsey, the earmuffs will be sold at his “Hell’s Kitchen” restaurant. Ramsay is taking full advantage of the popularity of the viral meme that took off after Ramsay did a parody skit along with Corden and Julie Chen, during his last appearance. During his latest appearance the chef said, ““I’ll be at a book signing […> and they’ll just take out two slices of bread from their satchel and say, ‘Can you call me an idiot sandwich?’”

For those that don’t remember the original appearance, Gordon Ramsay partook in a parody skit of his show, “Hell’s Kitchen,” called “Hell’s Cafeteria.” During the skit, he held two pieces of bread up to Julie Chen’s ears, and forced her to call herself an idiot sandwich. The scene quickly was turned into a meme, and spread around the internet.

Gordon Ramsay did not say how much the idiot sandwich earmuffs would be sold for, or when they would be made available, but that didn’t stop fans from asking. Plenty are hoping to get their hands on the product, based on the famous meme. At least now people can stop putting pieces of bread on their ears.