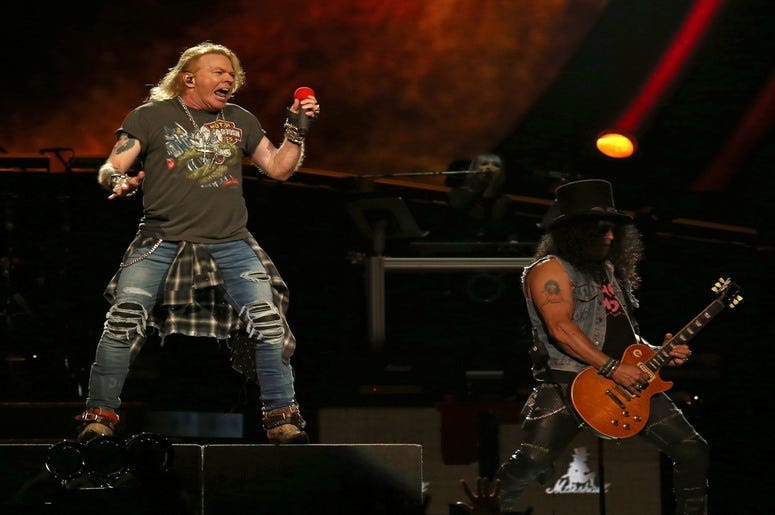 Axl Rose and the rest of Guns N’ Roses have had plenty of arguments over the years. That’s why Rose felt he had to ask the rest of the group for permission to audition for AC/DC in 2016.

Guns N’ Roses bassist, Duff McKagen recently told the story of Axl Rose asking permission to go audition for AC/DC. Rose replaced Brian Johnson in 2016 after Johnson had to take time away from touring. While the rest of GN’R thought the move was a no brainer, they were surprised when Axl came to them first to ask permission.

According to McKagen, “The way Axl Rose did that was amazing, he’s like: ‘If you guys don’t mind, I’m gonna go try out [for AC/DC>, they need a hand here.’ I was like: ‘yeah, we know.’ Like, Bon Scott is his all-time [favorite> and it’s like: ‘dude, you don’t have to try out for AC/DC.’ Yet, Axl was really nervous.”

The GN’R crew believed Axl was perfect for the job, and didn't give him any grief about leaving. McKagen even went to go see him perform with AC/DC twice. It seems the days of Guns N’ Roses being at each other’s throats are long gone.