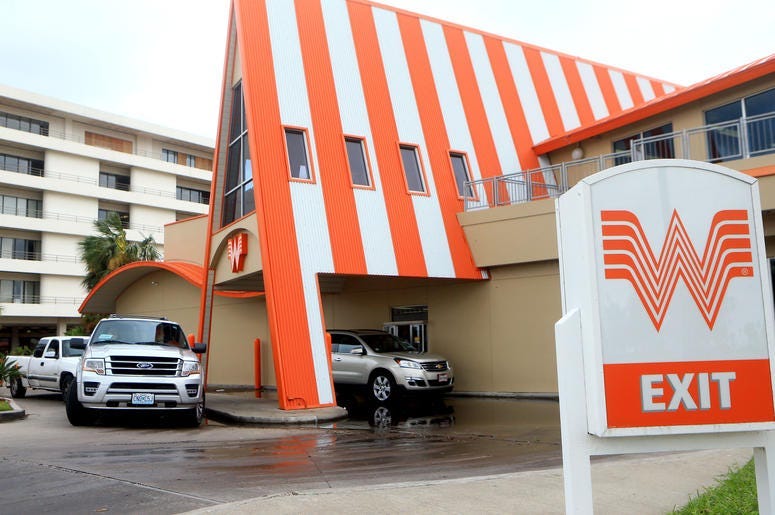 Whataburger is a prom night staple in Texas. The two go hand in hand, so it was only a matter of time until someone used the fast food chain for their promposal. That’s exactly what happened this week, as a high school senior used the Whataburger marquee to ask his girlfriend to prom.

Natasha Blizzard, a high school senior at Belton High School, was starting her first day back working at Whataburger this week, and while she thought it would be a normal day, she was in for quite the surprise. After her manager asked for her help with the restaurant’s marquee, Natasha went outside to see a personalized message for her written on the sign.

“I actually walked right past it,” said Natasha. “I didn’t even think to look.” After she noticed the message, she turned around to find her boyfriend with balloons and flowers waiting for her response.

Luckily for the boyfriend, Natasha said yes, and the two will be attending their school’s prom this Saturday. Just as their prom adventure started, most likely at some point the night will finish with a meal at Whataburger, as it usually does in Texas.