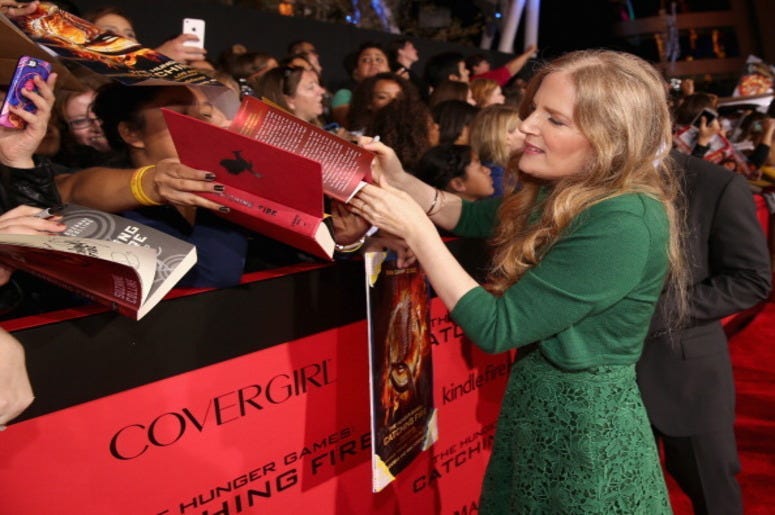 Fans of ‘The Hunger Games’ got some good news this week, as author Suzanne Collins announced a prequel novel is coming out in 2020. While many fans believed the series was over after the third installment, over ten years ago, now the author of the hit book series, turned movie series, will set up what happened before the multimillion-selling trilogy began.

A ‘Hunger Games’ prequel novel by Suzanne Collins will be published next May |@AP https://t.co/vC6XWwumHL pic.twitter.com/v9DCS75WT2

The currently untitled book, which is set to release on May 19, 2020, will be set 64 years before the events in the first book took place. According to a press statement released on Monday, Collins said the book will go back to the years following the rebellion in Panem, or the “dark days.”

“With this book, I wanted to explore the state of nature, who we are, and what we perceive is required for our survival,” said Collins. The book will take place before the life of original trilogy protagonist, Katniss Everdeen, so a new cast of characters will lead the story. Many fans went to social media to share their excitement for the new ‘Hunger Games’ novel.

me: i'm totally over the hunger games i'm too old for tha-

me: “i’m over the hunger games. it’s been years. i’ve moved on.”
me showing up at suzanne collins’ house after hearing about the hunger games prequel: pic.twitter.com/i2GgtrnBxy

While many fans immediately read the books when they were younger, they couldn’t lie and say they weren’t excited for this new prequel book. If it’s anything like the original trilogy by Suzanne Collins, fans of the series will undoubtedly approve. Now the only question is; when will the movie be coming out?