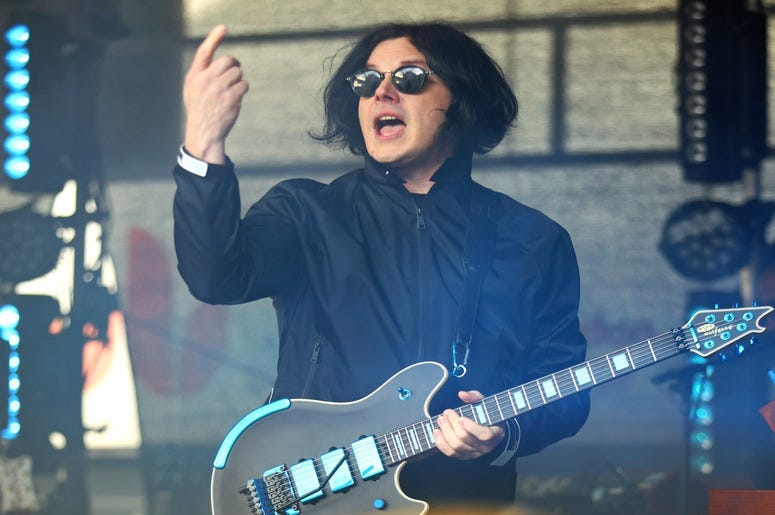 Jack White just dropped a major hint at an upcoming collaboration with a music legend. The Raconteurs frontman recently sat down to discuss a number of topics, but when his mentor, Bob Dylan, White couldn’t confirm, nor deny, if the two were working on anything together.

According to Jack White, Bob Dylan has been a mentor to him throughout his career. “All the time. He’s been an incredible mentor to me, and a good friend, too. I’m lucky to even have one conversation with him. Everything else has been icing on the cake,” said White when asked if Dylan ever gave him any musical advice.

Bob Dylan got brought up when Jack White was discussing the music legend opening a venue and distillery in his hometown. However, when the topic of working with Dylan was brought up, White said “I cannot tell you that. I wish I could tell you, but I cannot.”

There is no official word on a collaboration between the two, but that didn’t stop Jack White from dropping a major hint at an upcoming project between the two. Whether it is true or not, White and Bob Dylan continue to perform, and hopefully soon the world gets to see what they may possibly be working on.