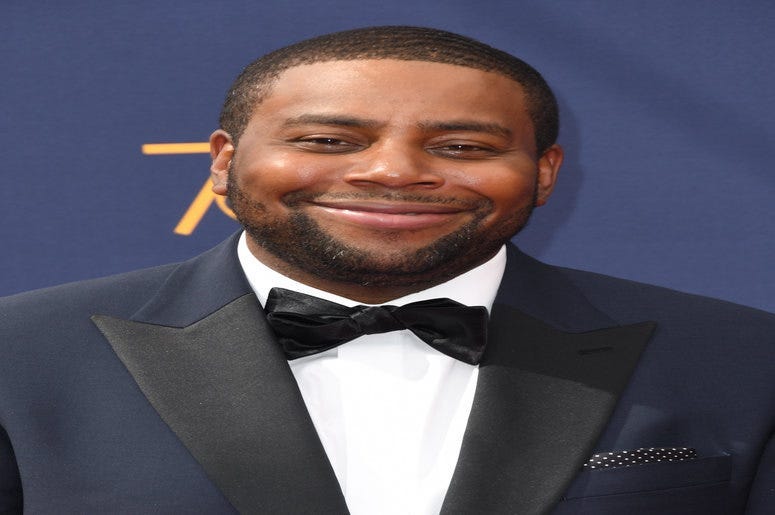 When the roosters are crowing and the cows are spinning circles in the pastures, ducks fly together. That was the rallying cry of the youth hockey team in Disney’s ‘D2: The Mighty Ducks,’ and it seems those words still remain true. Some of the now grown cast members, including SNL’s Kenan Thompson, had a mini reunion over the weekend during an NHL game in New York.

What a sweet day!! Thanks to the @anaheimducks for a great day reliving my #mightyducks season with some old friends! Photo cred by my lovely wife @katelyndetweiler

Danny Tamberelli, who was one of the stars of the first ‘Mighty Ducks’ film, posted photos to his Instagram page of the reunion. Tamberelli and Kenan Thompson were joined by former cast members Garette Ratliff Henson, Vincent LaRusso and Colombe Jacobsen-Derstine. The group got a chance to throw on their old jerseys and get some work in on the ice, before watching the New York Islanders take on the team that was inspired by their 90’s movie franchise, the Anaheim Ducks.

The Mighty Ducks Series began in 1992 and spanned three films, inspiring an animated series, along with an NHL franchise. The Series starred Emilio Estevez, as a former hockey player, turned lawyer, who after a DUI arrest, must coach a youth hockey team. Though the films weren’t successful critically, the three films brought in over $100 million, between box office and home rentals.

Fans were excited to see the mini ‘Might Ducks’ reunion. With the exception of Thompson, who has starred in movies, along with being an SNL cast member for the last 15 seasons, and a few other cast members, most of the cast has remained out of the spotlight since their childhood. Based on the skating skills the group showed on Danny Tamberelli’s Instagram, there most likely won’t be a fourth installment of the franchise anytime soon. Of course some fans were upset about the missing cast members, as one twitter user wrote, “You can’t have A Mighty Ducks reunion without Charlie Conway.”

I would 100% be more excited if they made a Mighty Ducks 4 with the original cast than I am for Ghostbusters 3. I guess I am a 90s kid? pic.twitter.com/ZYsdXuoya1

You can’t have A Mighty Ducks reunion without Charlie Conway. Don’t @ me. pic.twitter.com/pWstYMR1iM

For now, the mini ‘Mighty Ducks’ reunion will have to be good enough for fans of the original franchise. The five cast members seemed happy to don their Duck’s gear once again. In this era of remakes and sequels, maybe the group discussed bringing the team together one more time. The again, no matter what separates this group, it seems no matter what happens, ducks fly together!