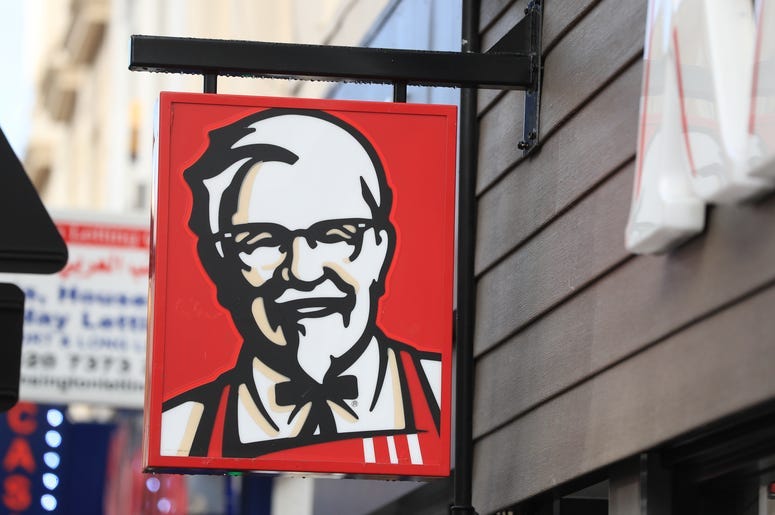 The fast food wars are heating up in 2019. As McDonald’s and Wendy’s introduce new items, hoping to bring in more customers, another fast food giant might have just out done them all. KFC is teaming up with one of the country’s favorite snack brands, Cheetos, to create a new chicken sandwich. The new Cheetos sandwich is being tested in select cities, and the only thing people are upset about, is that it isn’t available everywhere.

This game changing sandwich is a hand-breaded, extra crispy chicken patty, with Cheetos sauce, along with mayo, and a layer of Cheetos, all in between a toasted bun. Beginning March 24th, the sandwich will be sold for $4.79 at select locations in Greensboro, North Carolina; Raleigh, North Carolina; Roanoke, Virginia; Richmond, Virginia; and Greenville, Georgia, areas. The special sandwich will continue being sold while supplies last.

While many were excited to hear the news of the collaboration between the two food giants, plenty were upset they couldn’t get their hands on the sandwich right away. As it is tested in select areas, fans will have to travel in hopes of getting their hands on a Cheetos sandwich. One twitter user wrote, “I have heard about Cheetos fried chicken. I have heard you are only testing it in the southern market. In a nation as divided as ours, I find this unsettling, unfair, & unjust.”

I have heard about Cheetos fried chicken. I have heard you are only testing it in the southern market. In a nation as divided as ours, I find this unsettling, unfair, & unjust. I urge you to do the right thing & bring this chicken to @KindaFunnyVids.

@kfc woahwoahwoahwoahwoah hold up, whats this i hear about you making a cheetos chicken and you arnt even releasing it in Kentucky yet? wheres the respect? the blue grass is your home, how ya go selling something that the family hasent tasted yet?

Still plenty of foodies cherished the news, hoping that this sandwich makes it passed testing, and becomes a staple of the KFC menu. In hopes of getting to one day enjoy the rare sandwich, one twitter user wrote, “That @kfc Cheetos Chicken sandwich better get a national rollout. I tried the Double Down the day it came out. I live for ill-advised, monstrous fast food confections.” This isn’t Cheetos first venture into the fast food world, as the also teamed up with Burger King in 2016 for their “Mac n’ Cheetos.”

I mean who here didn't put Cheetos or chips on their cold cut sandwiches as a kid? I'm here for this cheesy monstrosity. https://t.co/1rKJt3j0DS

That @kfc Cheetos Chicken sandwich better get a national rollout. I tried the Double Down the day it came out. I live for ill-advised, monstrous fast food confections. pic.twitter.com/X86Ivcl79m

While this rollout will be limited to start, excitement for the Cheetos sandwich may change that. In a statement made by KFC, the chain said, “Both KFC and Cheetos have dedicated fan bases loyal to each new creation, so it only made sense to merge these two iconic brands together to provide an irresistible and flavorful sandwich that gives the best of both worlds.” For now, those of us not in the areas selected for the limited rollout will just have to wait, and hope the sandwich does well enough for a full scale release.