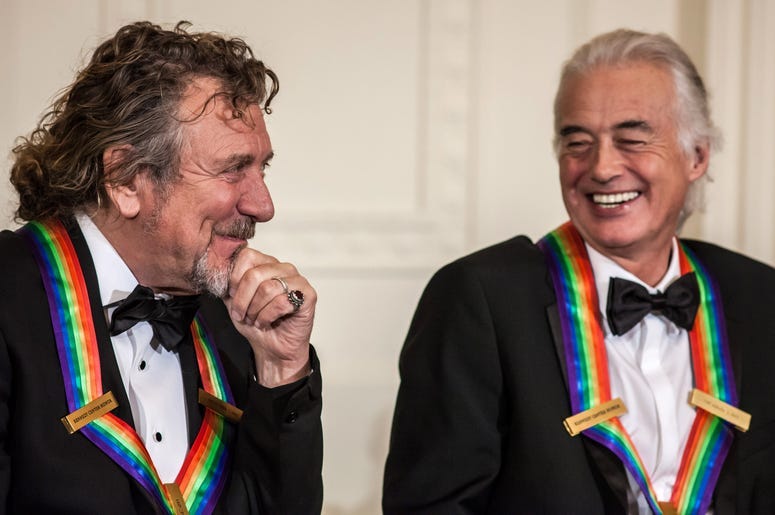 Led Zeppelin is celebrating their 50th anniversary this year, and are giving fans a number of different ways to celebrate. The rock band has teamed up with snowboard apparel company, Burton, along with hipster shoe staple, Vans to create Led Zeppelin themed items for fans. The Vans announcement was made on Wednesday, as the Led Zeppelin twitter page sent out a gif showing some of the band inspired Vans items.

The legendary rock band first teamed up with Burton last month, announcing the collaboration between the two for a new snowboard. The snowboard is called the Misty Mountain Hop Snowboard, and purchases come with a free copy of the band’s new book, ‘Led Zeppelin by Led Zeppelin.’ The snowboard sells for $749.95, but sadly both sizes of the board are currently sold out.

In celebration of our 50th anniversary, we teamed up with @Burton to create the Misty Mountain Hop snowboard. Our new book, “Led Zeppelin by Led Zeppelin,” included as a free gift with purchase. More info : https://t.co/z2x5JvFceW pic.twitter.com/mueBQKYjPm

Led Zeppelin obviously felt the snowboard alone wasn’t enough to honor the band’s 50th anniversary. On Wednesday the band announced another collaboration, this time with shoe company, Vans. While there is still no price tag, or release date, the video shown on the band’s twitter page show a number of different Led Zeppelin themed items, including shoes and t-shirts.

Fans of the band were thrilled of the news, as now there is even more memorabilia to collect. Vans will also sell a baseball cap, to go along with the shoes, and LP cover t-shirts. One fan tweeted their excitement for the new items writing, “Vans got some Led Zeppelin shoes out?”

what there is a led zeppelin x vans collection i-

While the Burton snowboard is currently sold out, and it is unknown at this time when we will see the Vans gear on sale, fans still can’t hold in their excitement. While the band hasn’t performed in years, their catalog of songs are still rock n roll staples. What better way to celebrate 50 years of Led Zeppelin than with some new kicks?