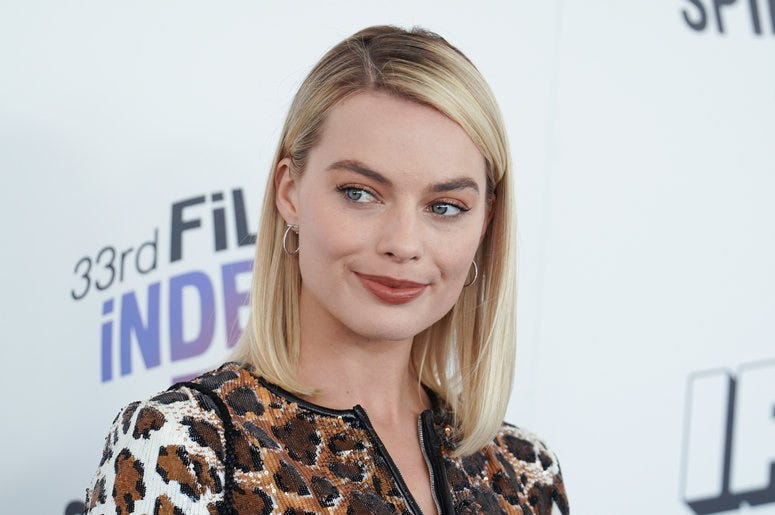 Barbie will soon be coming to life on the big screen, and they may have found the perfect actress to portray the iconic doll. Warner Bros. and Mattel have partnered up, and plan to move forward with a live-action Barbie film, with Margot Robbie portraying the live-version of the doll. The news came on Tuesday, as Robbie is not only set to star in the movie, but produce as well.

According to Toby Emmerich, who is the chairman of Warner Bros., “This project is a great start to our partnership with Ynon and Mattel Films, and Margot is the ideal producer and actress to bring Barbie to life on screen in a fresh and relevant way for today’s audiences.” Robbie will be joined by Tom Ackerley and Josey McNamara as producers, for her production company, LuckyChap Entertainment.

In a statement made by the star of the upcoming film, Margot Robbie said, “Playing with Barbie promotes confidence, curiosity and communication throughout a child’s journey to self-discovery. Over the brand’s almost 60 years, Barbie has empowered kids to imagine themselves in aspirational roles from a princess to president.” The adaptation of Barbie is the first announced project for the new Mattel Films. Robbie would continue saying, “I’m so honored to take on this role and produce a film that I believe will have a tremendously positive impact on children and audiences worldwide.”

Social media was quick to respond to the news, with commenters quickly throwing in their support for the new film. Many find Robbie to possibly be the perfect actress to fill the shoes of the iconic doll. One twitter user wrote, “Margot Robbie is an amazing actress and I think if someone would do this movie justice. It’ll be her.” Though an Amy Schumer led Barbie project was scrapped in 2017, many feel now is the right time to bring Barbie to the big screen.

Margot Robbie is an amazing actress and I think if someone would do this movie justice. It’ll be her.

With Margot Robbie officially on board, Warner Bros. and Mattel plan on moving forward with the project, and hope to get started on filming soon. Robbie is currently working on another Warner Bros. project, ‘Bird of Prey,’ which starts filming next month. For now, fans of Robbie and the iconic doll will just have to wait, and hope to get some images of the actress as Barbie soon.